American democracy has been attacked on several fronts by the Republicans, who support former President Donald Trump. Trump and the Republicans, who cannot accept the 2020 elections, are manipulating the institutions and mechanisms of the country to make them less democratic.

In many states, from Georgia to Arizona, from Florida to Texas, Republicans are trying to shorten voting hours and prevent mail-in ballots in the name of election security.

Biden, on the other hand, started to take some steps, albeit late, to counter these efforts of the Republicans. In an interview with Edward-Isaac Dovere in The Atlantic, US President Biden said of Trump, "I underestimated his ability to take the big lie and turn it into something sellable."

Speaking in the state of Oklahoma, where he went to commemorate the Tulsa Massacre, Biden said, "This sacred right is under attack with an incredible intensity I have never seen before," and commissioned his deputy Kamala Harris to lead the work to protect the right to vote.

It's not clear how exactly Harris could reverse the tide of challenges to democracy. It could bring more visibility to the cause and perhaps help organize popular opposition to restrictive voting laws. But the entrenched reality of Republican power in many states and the impediment of the Senate make progress difficult.

But experts are worried that this is a late step. Daniel Ziblatt, a Harvard professor and co-author of "How Democracies Die", sees the democratic realization of the 2024 elections in jeopardy. Ziblatt said the January crisis of 2020 and 2021 is a rehearsal for what will happen in 2024.

After former President Donald Trump's allegations that the 2020 presidential election was rigged, Republican-dominated state legislatures across the country began attempts to make it harder to vote.

This year, 14 states have passed 22 laws that make it more difficult for Americans to vote, according to a report by the Brennan Center for Justice, affiliated with the New York University School of Law.

After the 2020 presidential election in the United States, the Republicans in Georgia changed the rules regarding the state election system last month, sparking new debate and concern across the country. Those who argued that the new rules in question created discrimination against minorities protested the decision. Trump alleges electoral fraud in Georgia, where President Joe Biden narrowly won the election.

Democrats point out that 360 bills that restrict the voting process in 47 states were brought to the agenda last year. Republicans who support these bills accuse Democrats of putting election security at risk. Democrat Senator Dick Durbin said, “It appears that Republican Congressmen in Georgia have found the solution to their electoral problems by making it harder to vote. Because the majority of those who voted in the last elections were not those who voted for them. The step they have taken does not suit America."

Many advocates argue that these new laws are the latest example of racial discrimination. Activist Stacey Abrams, who works to get minorities to go to the polls in the 2020 presidential elections, agrees.

“There is definitely a racist aspect to this law because it seeks to prevent or restrict the way some voters vote by targeting them” Abrams said.

Democrats in the US House of Representatives in the US state of Texas blocked an election reform bill that was criticized as making it harder for blacks and Hispanics to vote. However, it is considered certain that the bill will still pass the Republican-dominated parliament.

"The movement is part of the attack on democracy we've seen so often this year, and it often disproportionately targets black and Latino American citizens" Biden said.

The bill, which also restricts early voting, prohibits voting before 13:00 on Sundays. The bill, which includes closing polling centers that are open for 24 hours and banning mobile stations or temporary structures used for voting, makes it easier for the courts to decide to annul the results of the elections where fraud is alleged.

Supporters of the bill argue that this regulation is necessary to increase election security. Texas, the country's second most populous state, already has one of the most restrictive electoral laws in the United States, even without this bill.

ACCORDING TO 53 PERCENT OF REPUBLICANS, TRUMP IS THE REAL PRESIDENT

A majority of Republicans still believe Donald Trump won the 2020 US presidential election, according to a recent poll in the US, and attributed his loss to Joe Biden to illegal voting.

According to a national poll conducted by the Reuters news agency and research firm Ipsos between May 17 and 19, 53 percent of Republicans believe that their party's candidate, Trump, is now the "real president." This rate was recorded as 3 percent among Democrats and 25 percent among all American voters. 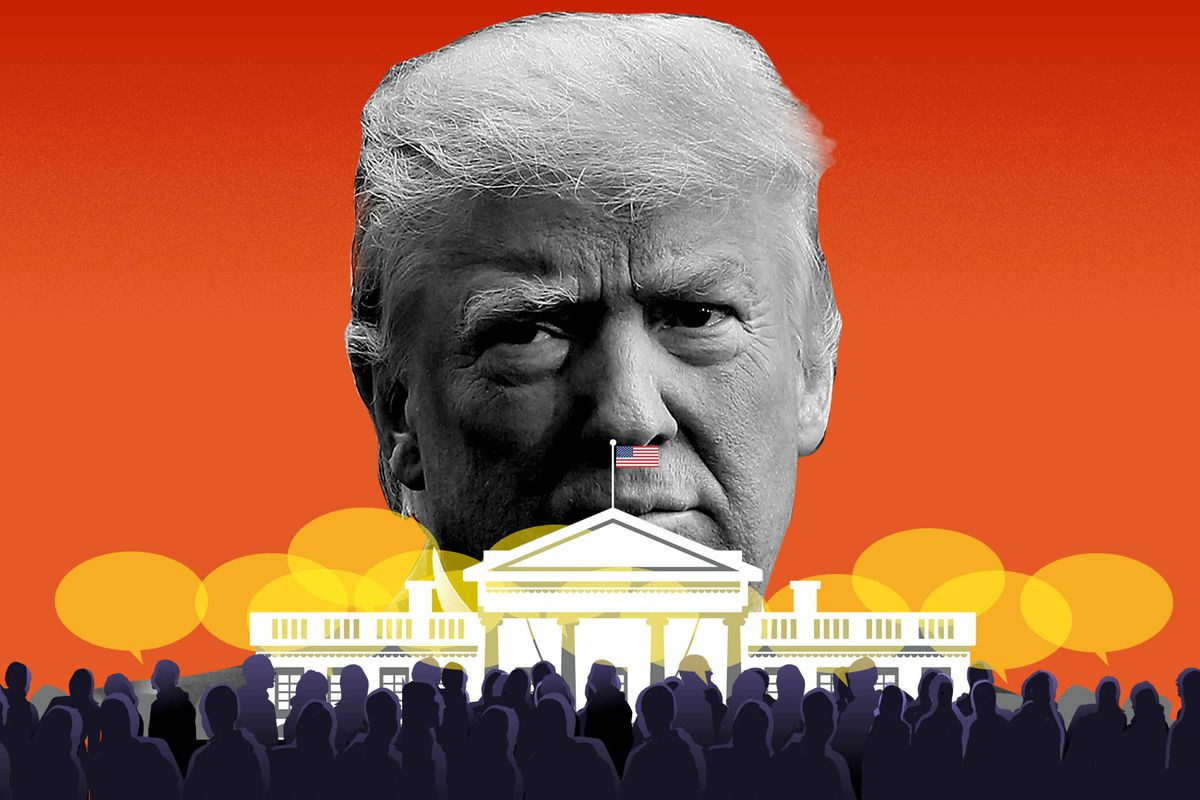 The Washington Post newspaper, citing sources from Trump's team, claimed that the former president became increasingly obsessed with not accepting the results of the election seven months ago.

It was stated that former US President Donald Trump still does not accept the results of the elections in which he lost his seat, and even believes that he will return to the White House this year, thanks to the recounts made in some places in the last days.

Republican Senator Mitt Romney, describing Trump's power, “It's the foundation of our party. I don't think it's likely to be affected by anything" he said.

A source familiar with Trump's comments to his circle told the Washington Post that the former president was "talking about returning to the White House later this year."

Allegedly, it is stated that the former president also wants to make recounts in the states of Pennsylvania, Michigan, Wisconsin, New Hamphire and Georgia. Another aide said that Trump obsessively watches the television news about the recount and reads everything he can find about it.

Michael Flynn, who served as National Security Advisor for a short time during the period of former President Donald Trump, said that a coup similar to the one in Myanmar should also occur in the USA caused controversy in the USA.

When Flynn was asked, "I want to know why what happened in Myanmar can't happen here," on a program attended by QAnon conspiracy theory supporters in Dallas over the weekend, he replied, "There's no reason. It should be here too, that's true." 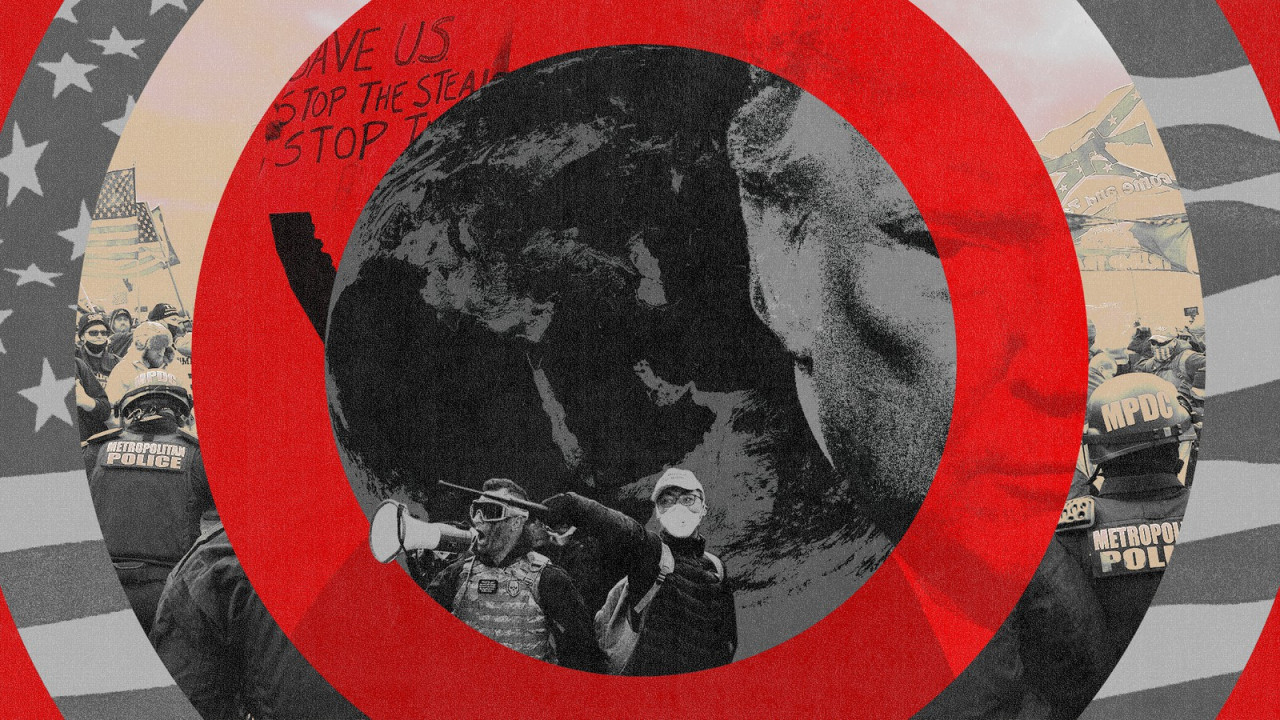 Flynn later made a statement claiming that his words were distorted and stated that he did not support a coup in the USA, but this statement was not enough to end the discussions.

Flynn's appearance at this event was not in vain. Alex Kaplan, senior researcher at Media Matters, noted that Flynn has been developing QAnon support for some time. Last year, Flynn posted a video in which he shared his QAnon slogans online, increasing his engagement with those in the QAnon movement.

"Whether it's a coup or reinstatement, they still support Biden's removal and Trump's return to office 100 percent," said Mike Rothschild, a researcher who has followed the QAnon conspiracy for several years.

However, QAnon fans have also found a way to thrive on alternative apps like Telegram, which has tens of thousands of followers. From January 6, it was noticed that Telegram channels serving QAnon viewers were growing. Even after US President Joe Biden took office, QAnon activity continued in Telegram groups. Throughout 2021, adherents of the conspiracy theory used this platform to promote the idea that Covid-19 vaccines are a population control tool and dangerous.

Although Trump is banned from Twitter, he sends daily statements to his supporters on social media and other digital platforms. Trump's resumption of rallies next month shows that he aims to reach a wider audience, and perhaps even more.