After a series of factors that have become hypocritical of western countries in terms of global solidarity against the pandemic, the waiver of patent rights of the vaccine has started to come up. The leaders of several countries, particularly Biden, have considered suspending intellectual property protections of vaccines and medicines, saying a handful of rich countries have disproportionate right to supply in global vaccine distribution. Of course, it's a little late to be thinking about something like that. 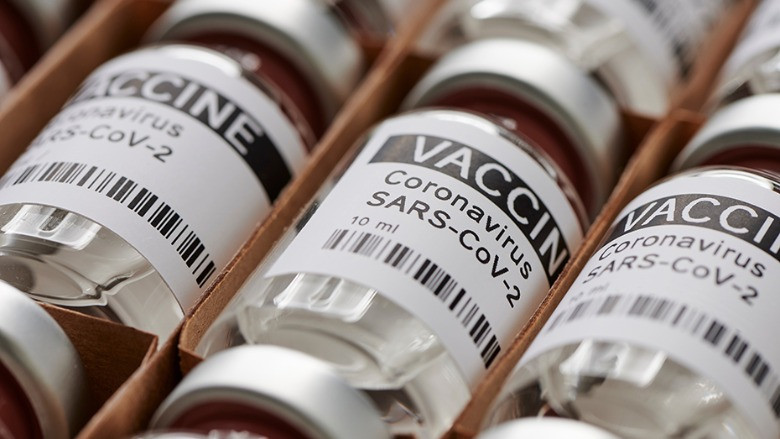 At a World Trade Organization (WTO) meeting in March, South Africa and India demanded that wealthier members waive their patent rights in order to increase production of Covid-19 vaccines for more than 80 developing countries.

The proposal was backed by developing countries but was opposed by Western countries including Britain, Switzerland and EU countries which have large domestic pharmaceutical industries. 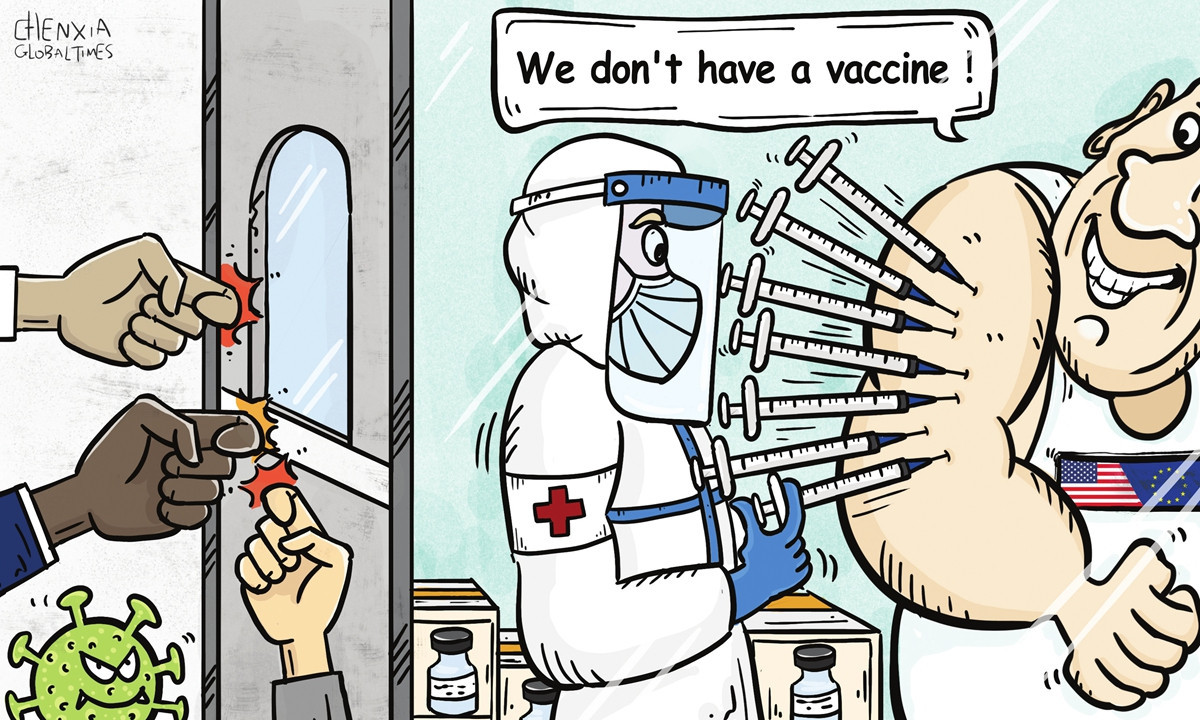 Within the scope of the issue discussed through the introduction of the TRIPS Agreement under the who's umbrella, countries with capacity are allowed to produce generic versions of vaccines using the "compulsory license" clause. However, given the possibility of a diplomatic crisis, no country wants to do this alone.

STATE OF COUNTRIES ON VACCINATION

Reminding that about half of the vaccines produced in EU countries are exported to other countries, an EU official said that some countries that produce vaccines in turn have implemented restrictive measures in exports. EU Commission President Ursula von der Leyen said member states are ready to consider the issue.

"Vaccination policy is economic policy because we do not find a way to achieve equal access to vaccines, treatments, and diagnostics," said Ngozi Okonjo-Iweala, Director-General of the World Trade Organization.

Russian President Vladimir Putin said that they support the abolition of intellectual property to increase the production capacity of Covid-19 vaccines. Emphasizing that this idea in Europe is in line with the rules of the World Trade Organization (WTO) for the abolition of similar rights for emergencies, Putin said, "The pandemic is also an emergency. Of course, Russia will support such an approach in modern conditions."

Unlike other countries, France advocates the renunciation of intellectual property rights. 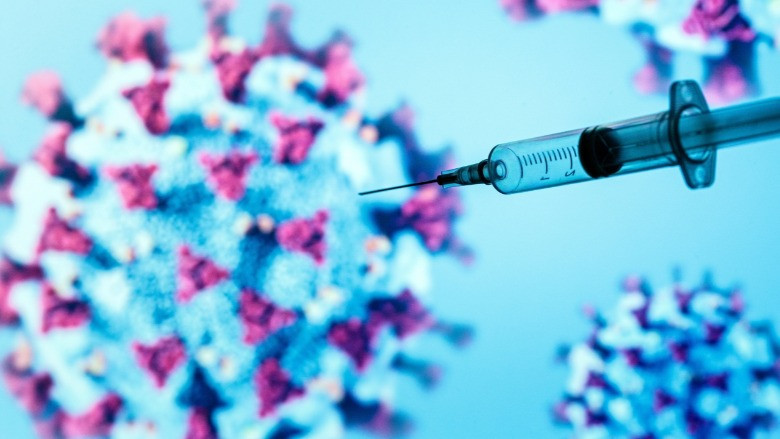 Canada has the highest number of overdoses compared to its population. The North American country has received over 8 doses for each of its citizens and has the Covid-19 vaccine at 434 percent of its population. The UK is second with seven doses per capita.

The top 10 countries with the highest number of vaccine purchases are high-income countries.

The founding partner of the German pharmaceutical company BionTech, Prof. Dr. Uğur Şahin stated that it is not the right way to give up intellectual property in order to increase the production capacity of Covid-19 vaccines, instead, production licenses should be given.

Prof Şahin, who was involved in the issue in an environment where the intellectual property or Covid-19 vaccine patent discussions were ongoing, expressed his reaction with the words "This is not a solution". Dr. Özlem Türeci made a similar statement, saying that this was a bad idea and even if administered, the amount of vaccine dose would not increase.

The WTO reported in April that only 0.2 percent of the 700 million vaccines administered globally were made in low-income countries.

Prof. Dr. Uğur Şahin and Dr. BionTech, founded by Özlem Türeci, plans to increase its 2021 target by 25 percent and produce 2.5 billion doses of coronavirus vaccine this year. The BionTech vaccine, which was announced to be 95 percent effective, was also used in the EU countries as of December 27.

On the other hand, counter statements were made from many vaccine manufacturers. The companies cited that they have made huge investments in vaccine development studies and if such a situation occurs, the quality of vaccine production may decrease. 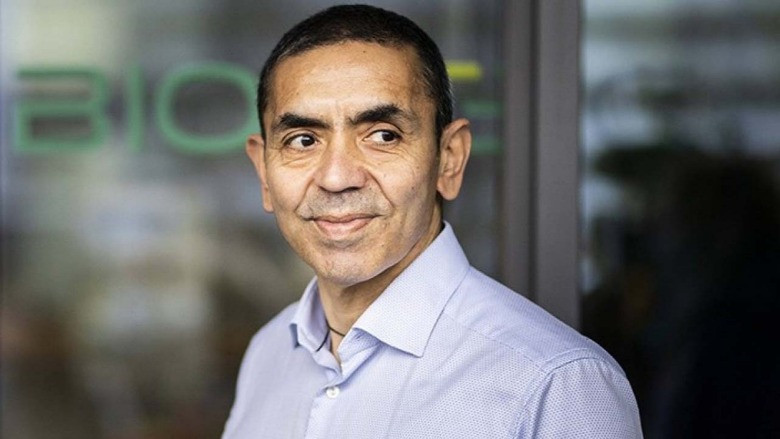 Vaccine manufacturers, including AstraZeneca, Pfizer and Johnson & Johnson companies, announced that they will increase their vaccine production in line with the current system. Groups advocating the waiver of their intellectual property rights against companies that said they could produce a total of 10 billion doses of vaccine this year stated that it was not possible to reach this dose target.

The main issue advocated by those who oppose the waiver of the intellectual property right of the vaccine is that countries cannot produce these vaccines of the same quality. mRNA vaccines such as Moderna were first produced by Pfizer-BioNTech. Moderna said last year that no legal action would be taken by other manufacturers to exercise intellectual property rights in the vaccine. In other words, the possibility of copying the Modern vaccine was offered. However, due to lack of infrastructure and investment, countries were unable to produce this vaccine.

WTO Director-General Ngozi Okonjo-Iweala offered a third way on the issue. In addition to waiving intellectual property rights, he urged vaccine manufacturers to transfer technology to provide new production capacity. Iweala underlined that transparency is also important in terms of contract and pricing. 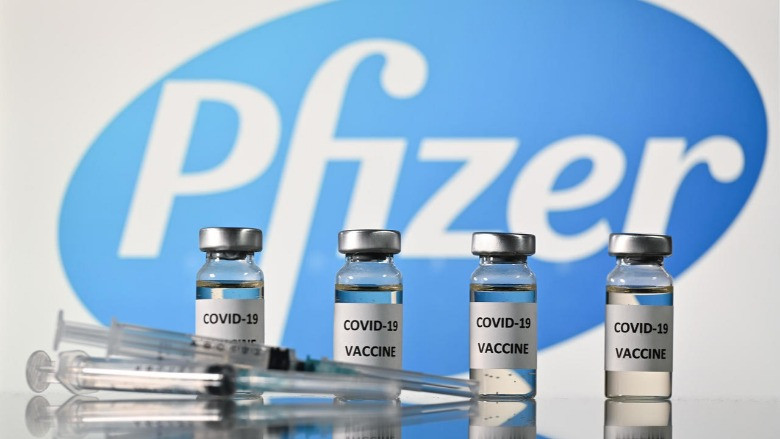 Since vaccine development studies are funded by public resources, citizens have more rights to share vaccine technology developed with their own taxes rather than vaccine manufacturers. Citizens of the countries where the manufacturing companies are located may ask for the sharing of knowledge and technology of vaccines (Moderna fully funded by the US government) funded by public taxes. In addition, renunciation of intellectual property rights is not a stand-alone situation. In addition, it is also possible to share information and technologies in the production of vaccines. Pharmaceutical companies are more uncomfortable with this situation.

On the other hand, the fact that there are thousands of people struggling to survive due to the epidemic in many countries, especially in India, makes those who oppose the demand unfair. Scientists did not use the pool to share the information and technology that WHO established to prevent coronavirus when the pandemic first broke out. Instead, they created a monopoly in vaccine production by making agreements with large pharmaceutical companies.

Setting up a system to help people document their vaccination status is not the same as demanding everyone get vaccinated. Because, when there is such an injustice in the distribution of vaccines, it becomes a controversial issue to adopt an application such as a vaccine passport or vaccine certificate. 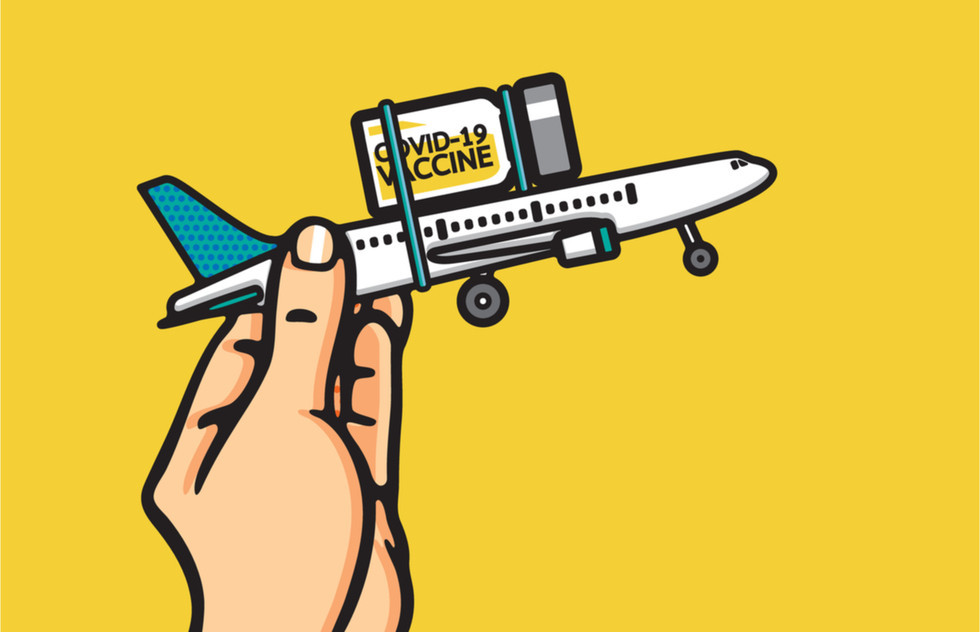 The vaccine passport, which will be implemented in the near future, will bring travel restrictions to many countries. Currently, the Chinese vaccine is not approved by the EU, so it is on the agenda that there may be restrictions for Turkey. This may also be an effort to save Spain, Greece and Italy, whose economies are largely dependent on tourism, and to eat the already shrinking tourism cake among themselves as the circulation remains only within the EU borders.

It's bad timing for the commission to consider loosening the travel restriction provided certain vaccinations are made at a time when people are waiting to go on summer vacation. Those who wanted to book early and take a proper holiday (most of them had Turkey among their plans) were waiting for the decision, and now it seems more difficult to bring tourists to Turkey.

Ferit Turgut, chairman of TÜRSAB Mediterranean Regional Representative Board, said, "Almost half of the tourists who come to Turkey come to Antalya, that is, to the Mediterranean region. Exceeding 50 million visitors in 2019 was completed with winter tourism. We were very short of winter tourism. Antalya's faith and nature tourism was not active this year. If there are openings in August, at best we can reach 20 million tourists."

There are two pillars of the arrangement that would allow non-essential travel for citizens going to the EU. First, those with emergency use permits from the WHO or both doses of vaccines approved by the European Medicines Agency (EMA) will be allowed to travel to EU countries. The second leg is aimed at those who want to come to the EU from countries such as Turkey that use/use the Sinovac, Sputnik-V vaccine. If countries using these vaccines manage to draw data on the outbreak below eu-set criteria, their citizens will only be able to travel in the EU, regardless of which vaccine they are then.

HOW WILL TURKEY'S TOURISM BE AFFECTED?

Tourism, which makes up about 12 percent of the Turkish economy, was the sector that received the hardest hit last year, although the curbs related to the virus were removed until June. Last year, when the epidemic first hit, tourism revenues in Turkey decreased by 65 percent. The increase in the number of COVID-19 cases has put a strain on the tourism target of 30 million tourists. Tourism professionals expect 20 million tourists to open at the beginning of August this year, if everything goes well. Sector representatives, stating that June will be lost due to the reservation requests, say that their hopes are opening at the beginning of August.

As of May 15, 2021, people arriving in Turkey by land, air, sea from Hong Kong, China, Taiwan, Vietnam, Australia, New Zealand, Singapore, Thailand, South Korea, Israel, Japan, the United Kingdom, Latvia, Luxembourg, Ukraine and Estonia will not be required to test PCR upon arrival in Turkey.

Tourism and Culture Minister Mehmet Ersoy said that although arrivals fell by 54 percent year-on-year in the first quarter, the sharp drop in coronavirus infections since April 21st is a promising sign that "severe" lockdown measures are working. "As of June 1st, we will open the tourist season, and if we can reduce the number of daily cases to less than 5,000, we are maintaining our target of 30 million tourists this year," Ersoy said. 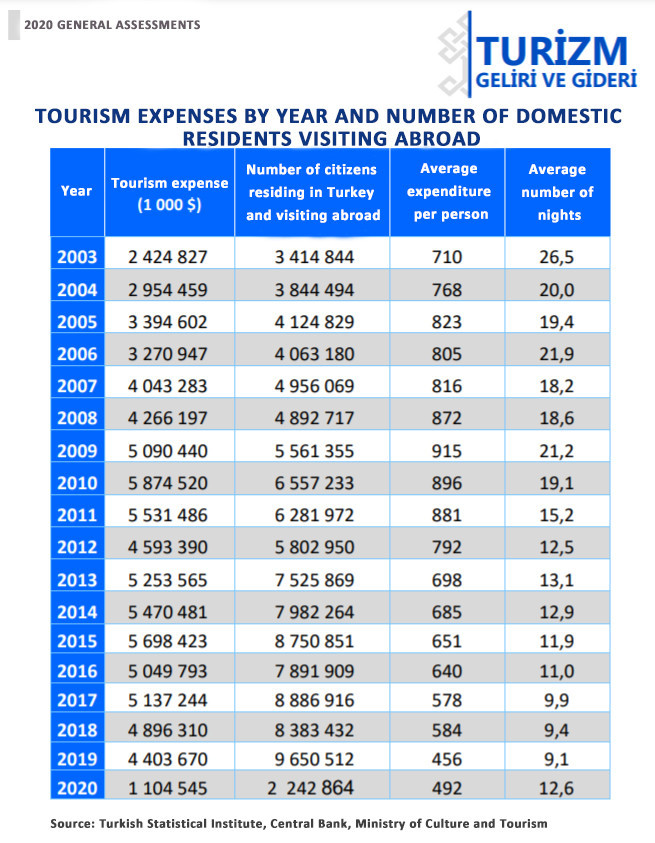 The future of charter flights, which the Russian government suspended from April 15th to June 1st due to the record increase in the number of coronavirus cases in Turkey, is on the table. In the tourism sector, in the most pessimical case, the expectation is that from June 1st at least charter flights to Turkey will be allowed to take Russian tourists who have received the Sputnik V vaccine.

Foreign Minister Cavusoglu, who was in front of the cameras with his German counterpart Heiko Maas in Berlin, Germany, said 26 percent of Turkey had been vaccinated, adding that the process was accelerating. He said 1.2 million tourists were welcomed during the tourist season, adding that measures were being taken for the safety of the public and tourism. "As we focus especially on tourism regions in vaccination, we will vaccinate all tourism workers, those who work in restaurants in hotels, drivers, those who work at airports, tour guides, and everyone that tourists can see by the end of May so that we can take our measures."

More than 10 million people have received two doses of the vaccine in Turkey. There are more than 24 million people who have received at least one dose of the vaccine. A total of 240 million vaccines have been ordered, according to health minister Fahrettin Koca's latest statement. On the other hand, it is stated that turkey's domestic vaccine studies are nearing the end and that more than one domestic vaccine will be ready for use by the end of the year. Third dose vaccines are also on the agenda in Turkey with domestic vaccines.