Turkey’s Idlib operations have been effective in the evolution of the Syrian Crisis. In many ways, Idlib has emerged as a major stress test on Turkey’s Syria policy. Because during the ongoing Syrian civil war, Idlib faced the biggest wave of violence that caused the people of the region to emigrate to Turkey. On the other hand, armed elements in Idlib many times violated the borders of Turkey. Therefore, the stabilization of Idlib plays a very important role in the security of Turkey’s borders.

Idlib is a Syrian territory located in the northwest of Syria, across Turkey’s province Hatay. It is sharing 130 kilometers border with Turkey. In the east of Idlib is Aleppo, in the north side Afrin, in the south side Hama and at the west side Lazkiye located. 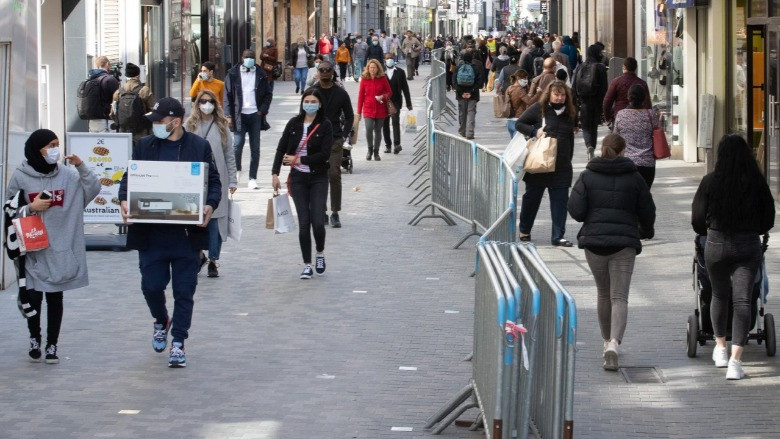 The middle income class is shrinking!Türkiye

Idlib is one of the regions where the biggest wave of violence was experienced during the ongoing civil war in Syria. When the Assad regime lost control over Idlib in 2015, Russia entered the ongoing conflict. With Russian entrance, airstrikes in the area began.

Millions of Syrian has escaped from conflict zones and settled in Idlib during the civil war. When the civil war expands to Idlib, Syrians started to pass from Turkish borders to Hatay province. During this period, Ankara opened the border gates to refugees who fled the war in Idlib and were trying to come to Hatay.

WHY IS IDLIB IMPORTANT? 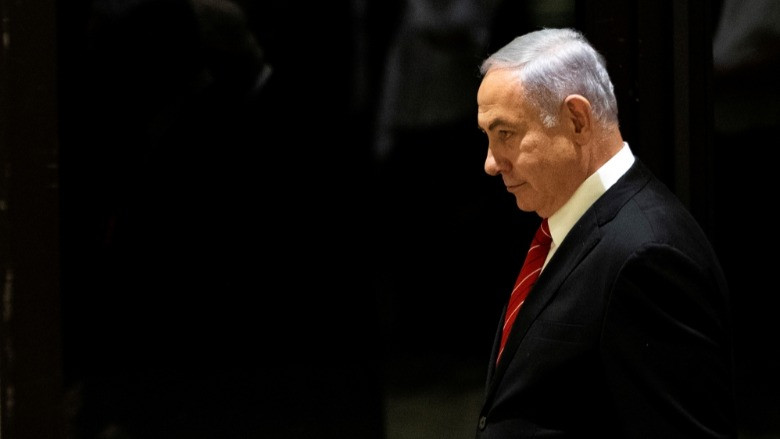 The end of road for Benjamin NetanyahuDünya

During the ongoing Syrian civil war, millions of people move to out of Syria. For the past decade, Syria has remained the country experiencing the world's biggest refugee crisis, according to the United Nations High Commissioner for Refugees (UNHCC). More than 6,6 million Syrians have been forced to flee their country since the Syrian civil war started. Another 6,7 million Syrians have been internally displaced. And about a million of them live in Idlib. Approximately 5,5 million refugees have passed to neighboring countries, primarily in Turkey, Lebanon, Jordan, Iraq and Egypt. Turkey alone is home to the largest Syrian population – 3,6 million. 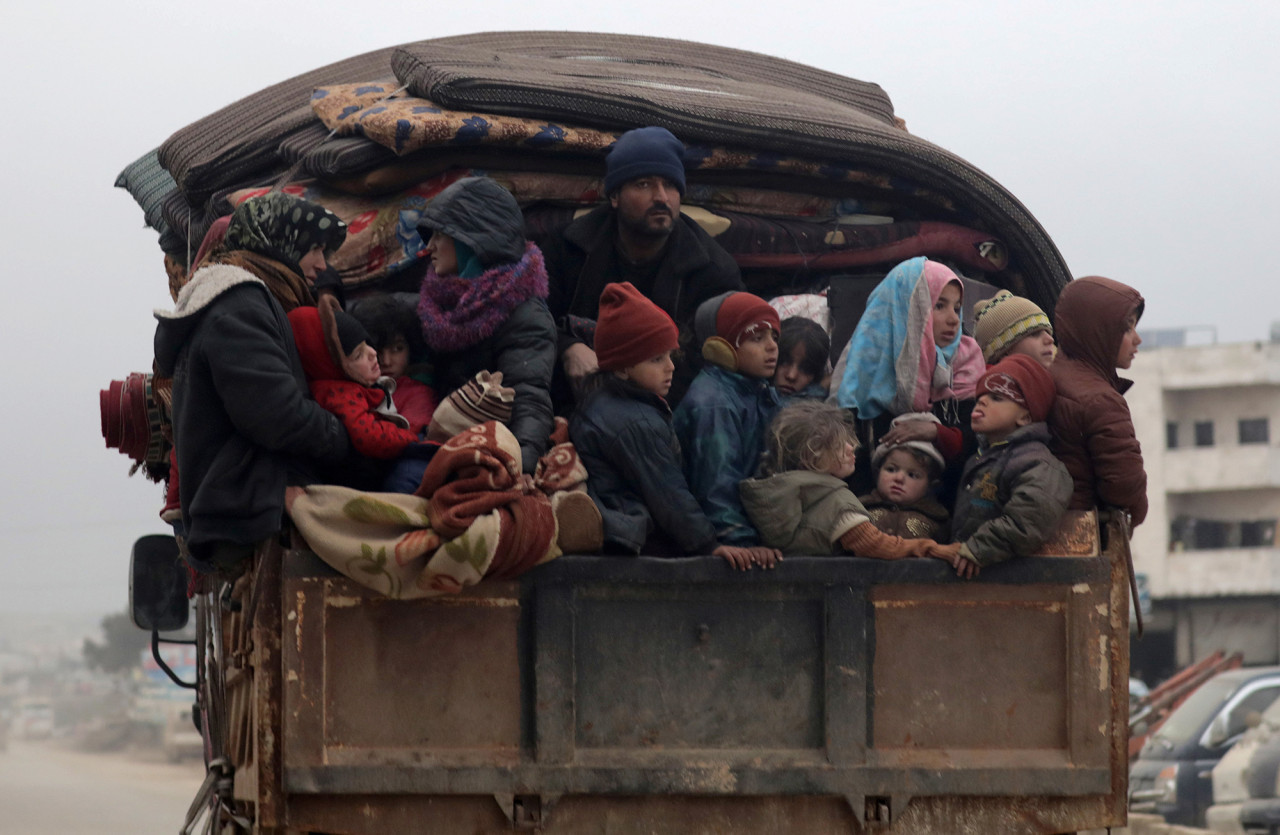 Approximately 6,7 million Syrians displaced because of the civil war and 1,3 million of them passed to Idlib. Before the war population of Idlib was about 2,4 million. However, with the civil war, Idlib's population reached 3.7 million. After the civil war spread to Idlib, Turkey faced a new wave of migration. There has also been an increase in missile attacks against Turkey from Idlib. Taking into account both the wave of migration and border violations, Turkey took the initiative and decided to launch military operations. 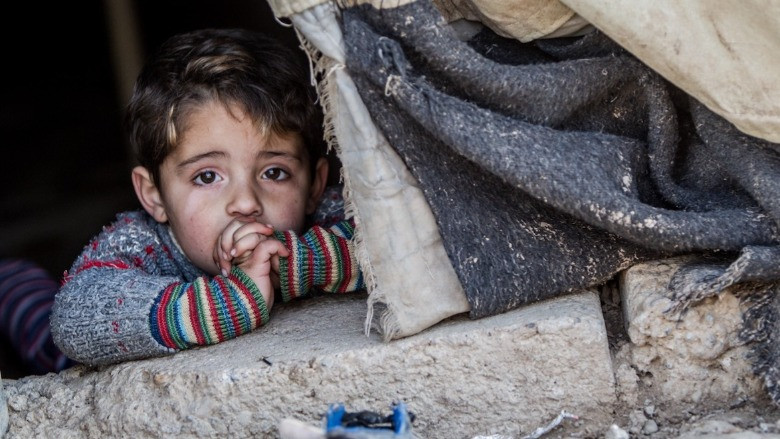 In addition to maintaining calm in the region and creating safe zones for war victims, Turkey is also carrying out humanitarian efforts. In this context, dozens of camps have been built to allow asylum seekers to move on with their lives. In addition, humanitarian aid is delivered to the people of the region through foundations in Turkey. 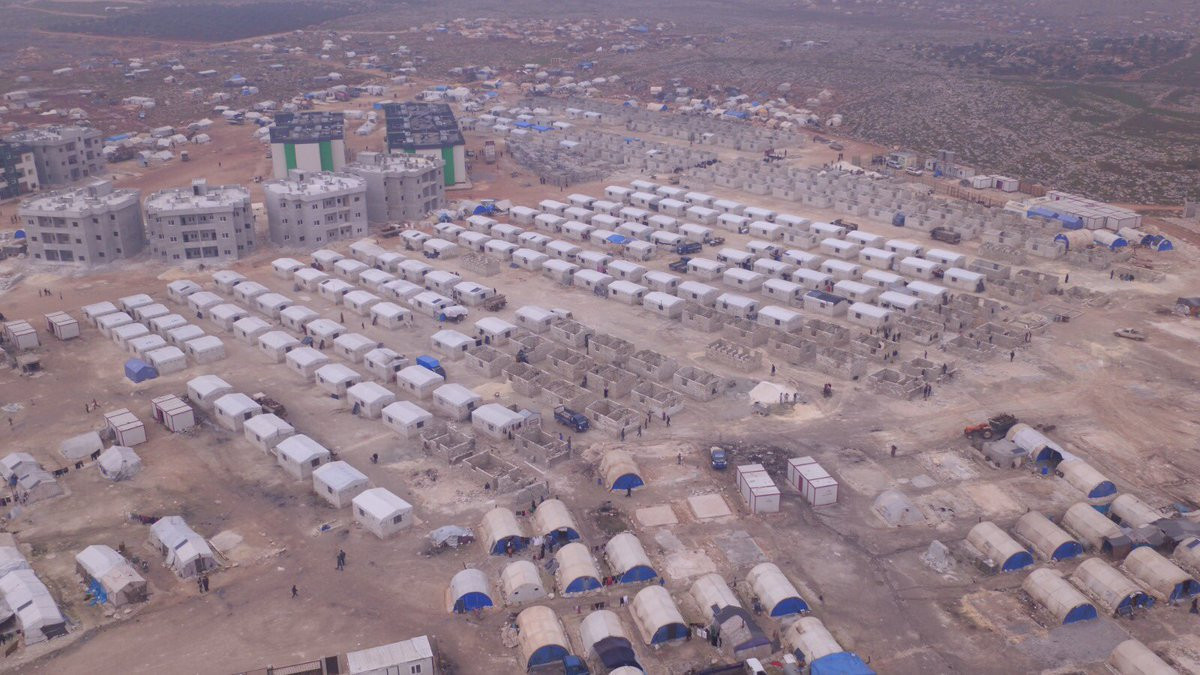 For instance, The Turkish-Muslim Umbrella group DITIB will build 6 thousand housed for the people in need in Idlib. The head of DITIB, Kazim Turkmen examined the work carried out by Turkey's Diyanet Foundation in the Azaz and Idlib regions of Syria. Turkmen also indicated that they came to Idlib to see the houses under construction being built by DITIB. And he added that they undertook the construction of 6 thousand houses on behalf of DITIB.