The effects of increasing domestic production in the defense industry in Turkey have become visible. With the agreement to be made between Turkey and Poland, a Turkish-made Armed Unmanned Aerial Vehicle will be exported to the European Union and NATO member country for the first time. 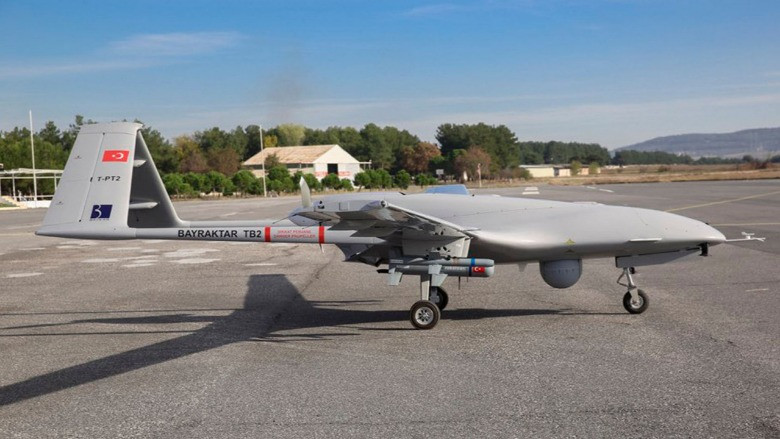 Speaking at the joint press conference held after the signing ceremony, Erdogan said, "For the first time in its history, Turkey will export drones to a NATO and EU member country."

There are many agreements or restrictions on the export of arms sales in the world. On the other hand, due to the production monopolized by the USA in the defense industry, the right to intervene in arms sales almost anywhere in the world arises. For this reason, being able to make domestic production in the defense field is very important both for the defense of the country and for its trade.

USA IS LEADER IN WEAPONS EXPORT

In 2016-2020, the USA left all countries behind and sold weapons to a total of 96 countries. 47 percent of these weapons went to the Middle East. Saudi Arabia, the United Arab Emirates and Turkey were the countries in the first place to which the USA sold the most weapons.

Exports of France and Germany, the third and fourth largest arms exporters in the world, also increased significantly during this period.

France's exports increased 44 percent during this period. Thus, the share of this country in the global arms trade increased to 8.2 percent. France made 59 percent of its exports to India, Egypt and Qatar.

In the last five years, Germany has increased its arms exports by 21 percent. Germany's share in the global arms trade has reached 5.5 percent. Germany most sold arms to South Korea, Algeria and Egypt.

Russia and China's arms exports fell. Russia's exports, which had a 20 percent share in global trade in the last five years, declined by 22 percent. According to the SIPRI report, this is due to a 53 percent decline in Russia's arms sales to India. On the other hand, it was noted that Russia sold the most weapons to China, Algeria and Egypt.

China, the world's fifth largest arms exporter, saw a 7.8 percent decline in exports. China's share in the global market, which sold the most weapons to Pakistan, Bangladesh and Algeria, fell to 5.2 percent.

According to the report, the biggest increase in arms imports is in the Middle East. The imports of the region have increased by 25 percent in the last five years. Saudi Arabia, the world's largest arms importer, increased its imports by 61 percent. The increase in Qatar's imports was 361 percent.

During this period, the United Arab Emirates' arms imports decreased by 37 percent. However, in the report, it was pointed out that the UAE signed 50 F-35 contracts with the USA in 2020 and that the imports of this country will increase in the coming period.

Egypt Increased Its Imports by 136 Percent

The report stated that Egypt, which is experiencing tension with Turkey over hydrocarbon resources in the Eastern Mediterranean, has increased its arms exports by 136 percent in the last five years.

It was emphasized that Egypt invested heavily, especially in naval forces. It is also stated that there are disputes between Turkey and Egypt regarding hydrocarbon resources in the Eastern Mediterranean, and that is why Egypt has invested in its naval forces.

Asia and Oceania have been the most armed regions in the last five years. 42 percent of the guns sold worldwide went to this region. The biggest factor in this situation is that many countries in Asia and Oceania perceive China as a threat. India, Australia, China, South Korea and Pakistan were the countries that bought the most weapons in the region.

Turkey's arms exports increased by 30 percent compared to 2011-2015, while its imports decreased by 59 percent in the 5-year period covering 2016-2020, with the increase in the number of systems developed with domestic and national means in the defense industry.

President of the Presidency Defense Industry İsmail Demir said, "These results are the equivalent of our dreams and our work for our dreams."

"THIS IS AN ECOSYSTEM SUCCESS"

İsmail Demir said, "These results are a reward for our dreams. When we took office, our President Recep Tayyip Erdogan gave us a task. It is a goal that emphasizes that one of the most important legs of our independence is the independence in the defense industry. The way was to be achieved by increasing the number of systems developed with local and national means."

Demir pointed out that the defense industry exports are increasing day by day and foreign dependency is decreasing and said, "Today, our platforms that we produce with local and national opportunities in the world have started to be mentioned and dazzled. This success is an ecosystem success."

THE COUNTRIES WITH THE MOST WEAPON TRADE IN TURKEY

Turkey was the 3rd country that imported the most arms in 2014 and the 2nd country in 2012. While the countries that Turkey imported the most weapons in the last 5 years are the USA, Italy, Spain and Russia, the most imported military products are warplanes and missiles. Turkey supplies many spare parts from the USA, various parts related to ATAK helicopters from Italy and technical services from Spain for the Multi-Purpose Amphibious Assault Vehicle (TCG ANADOLU).

Oman, Turkmenistan, Malaysia, Pakistan and Qatar are the countries to which Turkey has exported the most weapons in the last 5 years. Turkey recently exports corvettes (DEARSAN) and armored vehicles (BMC and Otokar) to Turkmenistan, armored vehicles (FNSS) to Oman and corvettes (ASFAT), underwater acoustic systems (Meteksan Savunma) and various electronic systems (ASELSAN) to Pakistan. While The World Economy Shrank by 4.4 Percent, Arms Sales Increased by 2.6 Percent

SIPRI revealed that despite the Covid-19 epidemic in the world, defense spending reached approximately $ 2 trillion. According to the research, countries spent 1 billion 981 million dollars in defense spending last year.

With $ 17.7 billion, Turkey ranked 16th among 40 countries with the highest defense spending. Compared to the previous year, Turkey's defense spending decreased by 5 percent. The money Turkey spends on arms constitutes 2.8 percent of its gross domestic product.