A similar Marshall Plan that helped Europe recover from the Second World War is now being implemented as a result of the COVID-19 pandemic. U.S. aid to Europe in 1948 and its interdependence can be compared to aid from China to Europe and other countries in crisis following the epidemic. Then why does China do that? China's initiatives and investments over the last few years have been linked to the “One Belt One Road (OBOR) Project”. China, which has come to the rescue of many European countries with its help, can present the OBOR to the world as a savior for the post-corona. While the vast majority of the world is struggling with epidemics and economic crises, China, the country where the epidemic began, appeared to be recovering rapidly. Just a year ago, European Commission President Leyen said a new Marshal Plan was needed, putting Beijing one step ahead.

HOW REAL IS THE WIN-WIN DISCOURSE? The One Belt One Road Project, announced by President Xi Jiping in 2013, will open new markets by enabling products to reach consumers faster. In this way, China will connect its economy to the world by train, sea and land routes. To date, it has invested $21 billion in nearly 70 countries.

Particularly, countries that are struggling to attract foreign investment have seen this project as an excellent opportunity. China says the project will bring people closer together, create political harmony between countries, create financial integrity between economies, provide prosperity to all parties within the framework of the win-win principle, all of which will be done by removing barriers to trade. Is that really how things are? With this project, China wants to open the countries on the route to its own investments, to make the Yuan a stronger currency and ultimately to become a superpower economically and politically. Contrary to win-win rhetoric, serious economic problems have begun to occur in some countries that have received project investments. These examples led to serious criticism of China's "debt trap policy".

Due to China's dept trap policy, various state properties that cannot pay their debts are confiscated and their political independence is mortgaged. Therefore, countries avoiding the harsh credit conditions of Western countries are exposed to the Chinese threat. While supporting loans and borrowing under the One Belt One Road Project, which is of great importance for its own economic interests and global leadership, the Chinese administration is trying to ensure the sustainability and security of the project by seizing the assets of countries that cannot pay their debts. One example is Sri Lanka. Sri Lanka received a $1.5 billion loan from China for the construction of the giant Hambantota Port in 2010. The port had no traffic capacity to pay that debt. As a result, when there was no traffic, the debts could not be repaid and 70 percent of the usage rights of the port were taken over by China for 99 years.

China has made significant infrastructure investments in Pakistan to access the ocean through the city of Gvadar. Pakistan has guaranteed a yearly income of up to 34 percent for as long as 30 years in return for Chinese investments. However, the Chinese Overseas Port Holding Company acquired the operation of Gvadar Port in 2013 for 40 years.

WHY DO COUNTRIES FALL INTO DEBT TRAP?

There are many similar examples such as Sri Lanka and Pakistan. At that stage, China is playing with its financial strength. It provides abundant loans to infrastructure projects that the country needs, but will actually pave the way for China. But loans are not given unconditionally. On average, 70 percent of the work to be done is done by Chinese companies. Everything such as the materials to be used, iron and steel, wagons are procured from China. In fact, China opens the loan to its own firms. On the other hand, the interest rates of both loans are kept high and government-sponsored payment guarantees are taken. More importantly, long-term repayment plans are made by calculating exaggerated profitability ratios that are far from the truth. Thus, due to the inevitable payment difficulties, China makes these countries more dependent on itself. Politicians and experts consider China's debt strategy to be a new understanding of "colonialism".

Countries in crisis need money. Some politicians are condemned to power. The flow of hot money must constantly enter the country to hold their power. This conviction puts them in a weak position in negotiations with China. And when bribery is involved, China's requests are easily accepted.

THE IMPORTANCE OF TURKEY IN THE PROJECT

Since the 2000s, the development of relations and trade with the Turkish Republics of Central Asia has become one of Ankara's major goals. History dating back to China via the Silk Road revived this country, aiming to provide significant economic benefits to Turkey. In this context, China's One Belt One Road Project was seen as an opportunity. 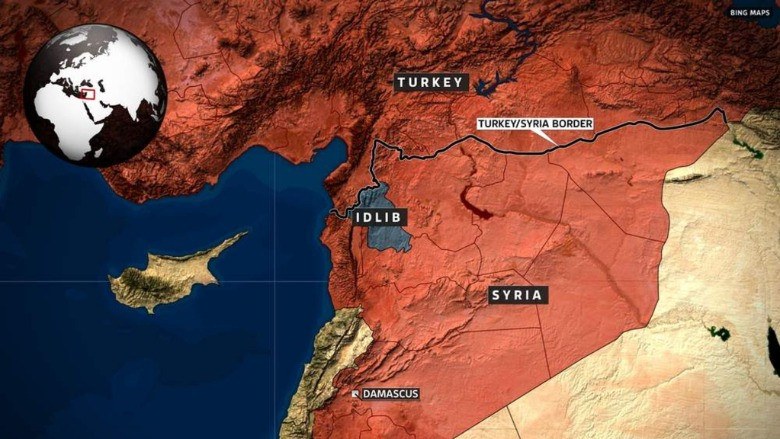 Turkey is a route where the project is located within China to Kazakhstan, the Caspian Sea, Azerbaijan, Georgia and Turkey will connect through Europe. China also created this line to bypass the Russian Federation, which may cause trouble in the northern line when necessary. Kars-Tbilisi-Baku railway, Marmaray, Edirne-Kars High Speed Train line, Yavuz Sultan Selim Bridge and Eurasia Tunnel are parts of this project in Turkey.

While online sales are on the rise worldwide, China is one of the countries making the largest investment in this area. In particular, the creation of infrastructure for logistics companies such as Alibaba trade in the recent investments made in Turkey and digital media also associated with this situation. With the One Belt One Road Project, the delivery times of the products ordered on the internet will be considerably shortened. 99.8 percent of enterprises in Turkey, SMEs and enterprises represent 76.7 percent of total employment. Thus, OBOR is fully capable of SMEs in the country, Turkey should also be protected against the Chinese market. On the other hand, due to the existence of the center and the central corridor project will be Turkey's most active routes, the transition will be about a lot. On May 13, 2017, The Road Transport Agreement signed between Turkey and China. This agreement became effective in March 2021. With this agreement, tax, and permit convenience in transportation between the two countries will be provided.

Turkey, the economic objectives to be included within the scope in accordance with the project and the region will contribute to the increasingly strong core countries position Modern Silk Road project should be evaluated opportunities offered by good but should avoid the drift to another country's dependence for economic gains.

WHAT IS THE ULTIMATE GOAL OF CHINA? It is obvious that in China and many other Asian economies, excess production must be exported in order not to consume the increased production in local markets and to continue the development trends. On the other hand, only two markets have the potential to absorb these surpluses, both in population and purchasing power. These markets are America and the European Union. There are doubts that China is playing a hegemonic geopolitical game that will pull the poor and weak countries into its orbit, and that this is its true intention. The realization of the infrastructure proposed by China can take away the export opportunities of the countries on the route and leave them alone with their domestic economies.

The secret function of the OBOR Project is to get rid of the siege of the Pacific Block created by the US-led neighboring countries in the East and South China seas and to ensure that the Shanghai Cooperation Organization continues to develop in the direction it wants. If the US and EU both sides of the Atlantic Ocean fall into separate points, China will take control of this region and will be able to realize its centuries-old dream of adding the region to the Euro-Asia geography. If China adds Europe to the Euro-Asian geography, the USA will have to fight as a huge island besieged by China on both sides. This situation will bring the end of the US hegemony. The middle income class is shrinking!Türkiye

The fact that the Belt-Road project is a two-legged project on land and at sea appears as a necessity of being the dominant power. A state that wants to be a hegemonic power must dominate the oceans. China, which has been steadily increasing its power in the Asia-Pacific region, especially for the last thirty years, wants to increase its influence in the other two great oceans in the world, the Indian Ocean, and the Atlantic Ocean and coastlines, which is the end point of the project.

It is also stated in some international relations theories that a third state eluded from the middle as a result of the challenge of another state to the hegemonic power in every century and became a hegemonic power. Today, it is possible to say that China, which has achieved a steady growth by getting rid of the conflict between the superpower USA and Russia, which has challenged the hegemony of the USA since the cold war period, has the potential to become a global hegemony in this direction.