South Korea has historically focused its foreign policy mainly on the great powers in and around the Korean Peninsula. Considering the global economic, strategic and security issues, it is possible to say that China, Japan, Russia and the USA have a big impact on South Korea.

The authorization of the US missile defense system to be deployed in South Korea in 2017 led to China applying economic pressure on Seoul. South Korea, which has closely experienced China's use of economic pressure to protect its own interests, took care not to get involved in the power rivalry between the USA and China. The Seoul administration has strengthened its relations with India and members of the Southeast Asian Nations Association (ASEAN) under the New Southern Policy (NSP) to reduce such dependencies.

The South Korean government launched the New Southern Policy in 2017 to promote cooperation with India and Southeast Asian countries.

South Korea's New Southern Policy Presidency Committee stated that 94 major projects have been implemented since the policy was launched in 2017. 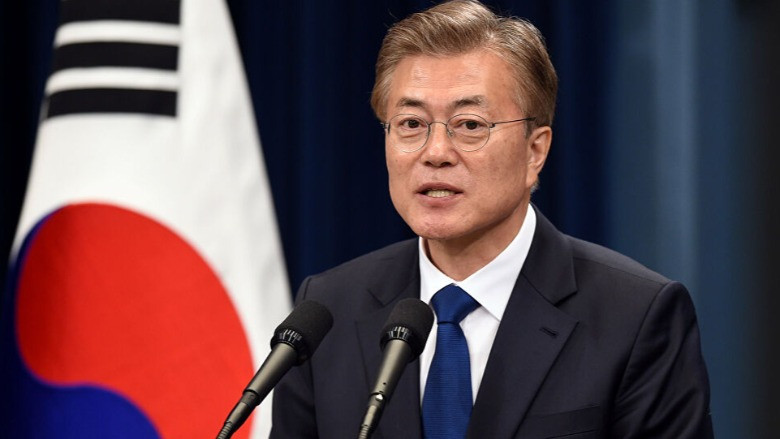 There are three main motivations for the Moon administration to create the New Southern Policy. The first of these is economic diversification. After the Chinese boycott of South Korea, the Seoul government realized how dependent it was on China economically. They wanted to expand their field of action by diversifying economic relations with the NSP.

The second is to develop economic relations with ASEAN countries, regardless of economic diversification. ASEAN is South Korea's second largest trading partner since the ASEAN-ROK economic agreement was signed in the mid-2000s.

Third, the NSP provides more possibilities for South Korea to make foreign policy decisions. Avoiding the vision of a "free and open Indo-Pacific (FOIP)", South Korea follows a different strategy with the NSP. Thus, they are trying to balance relations between Washington and Beijing.

WHAT HAS BEEN DONE UNDER THE NSP?

NSP covers many areas from supporting small and medium-sized enterprises opening abroad to developing natural disaster response mechanisms. On the other hand, it has been edited and updated to include new policies and areas due to the pandemic. At the same time, more importance was given to development cooperation in the region. South Korea has committed to doubling its funding for projects in Cambodia, Indonesia, Laos, Myanmar, the Philippines and Vietnam by 2023.

South Korean culture, music, food and even language are gaining popularity in India. Chang Jae-bok, South Korea's Ambassador to India, said, "The Korean language has been made a part of the school curriculum since last year. We hope that more and more people will start learning Korean.”

South Korea, which has added new missile systems to its defense inventory in recent years, fired a 3,000-ton submarine ballistic missile (SLBM). Thus, it became the eighth country with the SLBM system, next to the USA, China, Russia, England, France, India and North Korea. It is questionable that South Korea, which does not have nuclear weapons, has developed a very expensive system, the SLBM. South Korea is one of the few countries in the world that builds and exports nuclear power plants. South Korea, which provides a significant part of its energy needs from nuclear power plants, had reached the technological level of development that could have nuclear weapons in the time of Park Chung-hee in the 1970s, but gave up producing nuclear weapons under the pressure of the USA and accepted to enter under the nuclear umbrella of the USA. It is highly probable that South Korea may have sought to fend for itself by assessing whether it would receive the support it expected from its ally, the United States, in a possible crisis. For South Korea, which has technological superiority in many areas, it should not be a big problem to produce a nuclear bomb using the facilities it had in the 1970s.

Moon Jae-in, who will leave office at the beginning of 2022, met with Kim Jong-un three times to soften inter-Korean relations. He also got Kim and Trump to meet twice. However, at the end of its five-year period, relations between the two countries are as bad as before.

North Korea has two primary demands from the United States to engage in denuclearization of the Korean Peninsula: lifting sanctions and ending US-South Korean military exercises.

HOW WILL NSP AFFECT RELATIONS WITH THE US?

At the bilateral summit between Moon Jae-in and Joe Biden in May 2021, it was emphasized that the importance of the US-South Korea relationship "reaches far beyond the Korean Peninsula." It was also stated that South Korea's New Southern Policy and the US's FOIP vision are compatible. This statement was South Korea's most significant sign of support for FOIP to date. It was also a statement showing its future role in the Indo-Pacific. South Korea's approach to the Quadruple Security Dialogue (Quad) caused South Korea to be more cautious as China reacted sharply to the Quad.

With its clear emphasis on a free and open Indo-Pacific, as the Quad continued to evolve, South Korea also became open to some cooperation. Participating in the Quad Plus meeting held in March 2020, South Korea discussed with the member state about combating the pandemic.

At the Quad Summit, which was held face-to-face for the first time last week, there were developments that could give South Korea an opportunity to get closer to the alliance. The alliance's focus on issues such as combating the pandemic, infrastructure, climate change and technological advances is also in line with South Korea's New Southern Policy.

South Korea is likely to come closer to the alliance if the Quad does not directly target Beijing. South Korea, which will be able to cooperate with the alliance in line with NSP priorities, may join the Quad in the future.