The attacks launched by Russia on different parts of Ukraine on February 24 continue. As the scope of the attacks expands, the attitude of countries towards the situation in Ukraine is changing.

In a live broadcast he attended, Foreign Minister Mevlüt Çavuşoğlu said, "The term war is not used in the UN and NATO documents at the moment, but there is a war as the people say it. As a result, we will implement the Montreux Agreement with all its articles in this critical process."

All these developments caused the eyes to turn to the Montreux Convention, signed in 1936, which regulates Turkey's sovereign rights in the Istanbul and Dardanelles Straits.

In the convention, there are different practices for the passage of warships through the Straits, depending on the threat of peace, war and war against Turkey.

THE SITUATION OF WAR WHERE TURKEY IS NOT A PARTIES

In the event of a war to which it is not a party, Turkey allows warships of neutral states to pass through the Straits in accordance with peacetime conditions. However, Turkey may prohibit warships of warring states from using the Straits, with some exceptions.

ARTICLE 19
In time of war, Turkey not being belligerent, warships shall enjoy complete freedom of transit and navigation through the Straits under the same conditions as those laid down in Articles 10 to 18.
Vessels of war belonging to belligerent Powers shall not, however, pass through the Straits except in cases arising out of the application of Article 25 of the present Convention, and in cases of assistance rendered to a State victim of aggression in virtue of a treaty of mutual assistance binding Turkey, concluded within the framework of the Covenant of the League of Nations, and registered and published in accordance with the provisions of Article 18 of the Covenant.
In the exceptional cases provided for in the preceding paragraph, the limitations laid down in Articles 10 to 18 of the present Convention shall not be applicable. Notwithstanding the prohibition of passage laid down in paragraph 2 above, vessels of war belonging to belligerent Powers, whether they are Black Sea Powers or not, which have become separated from their bases, may return thereto.
Vessels of war belonging to belligerent Powers shall not make any capture, exercise the right of visit and search, or carry out any hostile act in the Straits.

According to the first of these exceptions, warships of warring countries may pass through the Straits to return to these ports if they have left their own ports. However, warships belonging to the warring states are prohibited from any attempt to seize, control rights and other hostile actions in the Straits.

According to another exception, the warships of the countries participating in these measures can pass through the Straits in order to ensure the implementation of the coercive measures to be taken within the framework of the UN Convention. Wendy Sherman: An iron fist in a velvet gloveReview

In addition, in the case of an aid agreement made, registered, published and binding Turkey within the framework of the UN Convention, the warships of the states party to this agreement can use the Straits, even if they are parties to the war, in order to assist an attacked country.

Considering the situation of merchant ships, when Turkey is not a party to Russia's attack on Ukraine, any country's merchant ship can continue to pass freely through the Straits.

IF TURKEY IS A PART OF THE WAR

According to the contract, Turkey, if it is a party to any war, has the right to act as it wishes regarding the passage of warships through the Straits.

When Turkey faces the danger of war against itself, it can apply the conditions valid in the case of being a party to the war. However, warships that have passed through the Straits before Turkey can use this authority can pass through the Straits again to return to the ports of connection. 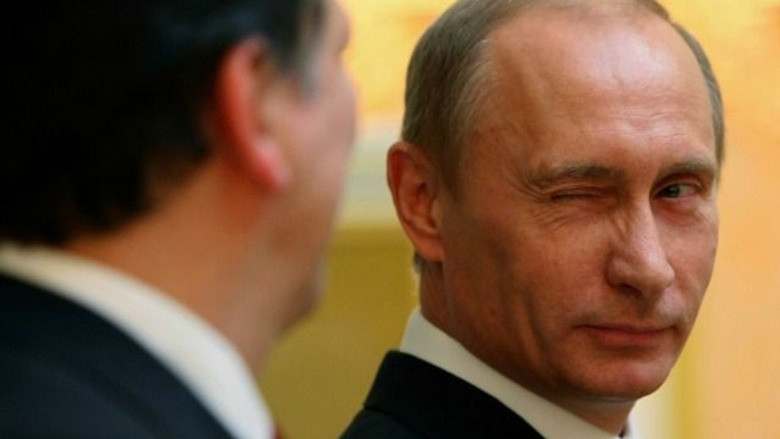 Although it is Turkey's discretion whether this threat has emerged or not, when it uses this possibility, it has to report the situation to the states party to Montreux and the UN Secretariat.

However, if the UN Security Council decides by a two-thirds majority that this appreciation of Turkey is not justified, and the majority of the signatories of Montreux are of this opinion, Turkey must implement the situation envisaged for peacetime.

According to Montreux, warships and auxiliary vessels of states that are not littoral in the Black Sea during peacetime have the right to freely pass through the Straits, provided that they fulfill the terms of the contract.

At the beginning of the conditions specified for the transition in the contract, there are limitations such as the tonnage of the ships and the duration of their stay in the Black Sea. The total tonnage of warships that will pass through the Turkish Straits in one day, whether they are littoral or not, should not exceed 15 thousand tons.

While there is no article regarding aircraft carriers in the contract, these ships cannot enter the Black Sea through the Straits as they exceed the applied tonnage limit due to their structure. In principle, foreign submarines cannot enter the Turkish Straits. The riparian countries, on the other hand, can use the Straits to receive their ordered submarines or send them for repair and return.

According to the convention, warships belonging to countries that are not littoral to the Black Sea, for whatever reason, cannot stay in this sea for more than 21 days.

According to the Montreux Convention, merchant ships can freely pass through the Straits regardless of their cargo.

There are some restrictions in the contract regarding the passage of warships through the Straits in case of war or the threat of war against Turkey.