Fears of strained US relations with Turkey have led former US presidents to refrain from describing 1915 as 'genocide'. Perhaps this was because NATO member Turkey played an important role in the US military intervention in Iraq, Syria and Afghanistan. However, just days after it was announced to Ankara that us-made F-35 ghostbusters had been removed from the program to produce their parts and would continue with other partner countries, US President Joe Biden officially recognised the genocide and broke the fear barrier.

Biden became the first U.S. President to use the term, 40 years after Ronald Reagan, who called the events of 1915 as 'genocide'. On the other hand, some details were noted when looking at Biden's statements.

WHAT BIDEN SAID DIFFERENTLY THAN BEFORE

Unlike the April 24 presidential statements published in past years, Biden's text is careful not to associate this historic event with Turkey and the Turkish nation. The text does not refer to Turkey or the Turkish people.

Another detail is that the reference to Turkey-Armenia relations is not included in this statement. This led to comments that Biden had taken his statement out of the current dimension of international relations and reduced it to the interpretation of a historic event. Biden's address to American Armenians who came to the United States after the events of 1915 rather than the armenian people and started a new life reinforced this assessment. 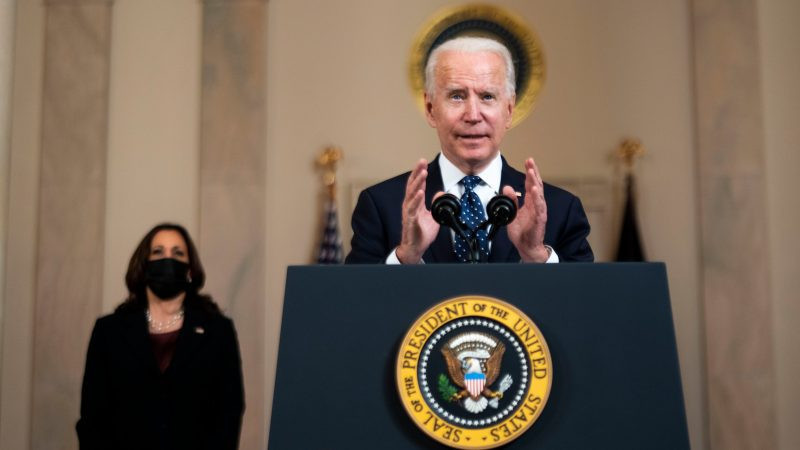 Another important element for Ankara is that Biden said in the statement, "We are not doing this to blame, but to make it happen again." It was noted that the US President's use of the term 'genocide' could create new legal problems against Turkey, especially triggering lawsuits. The fact that President Biden, the head of the American executive system, noted that he "does not intend to press charges" was perceived as a message that Washington would not be supportive of the cases against Turkey.

HOW WILL IT AFFECT TURKEY LEGALLY?

What does Biden's definition of 'genocide' mean legally? How will it affect the compensation prospects of Armenians living in the United States from Turkey?

The Washington administration has received reactions not only from the government level in Turkey, but also from different segments of society. At the center of the reactions is the view that there is no legal evidence to describe what happened in 1915 as 'genocide'.

Lawyers said there was no judicial decision describing the 1915 events as 'genocide'. In this sense, the only international rule of law to be referenced is based on the United Nations Convention on the Prevention and Punishment of Genocide in 1948.

Reacting to Biden's statements, Turkey's Foreign Ministry stated that "The statement made by the President of the United States, who has neither legal nor moral authority to make judgments on historical matters, has no value."

According to the convention, only two types of courts can identify the crime of genocide and punish the perpetrators. One of these courts is the court of the country that allegedly committed the crime of 'genocide', the Turkish court, and the other is an international court where that court recognizes its jurisdiction.

Since there are no such court orders, the cases in America are not legal cases. It is also a political decision for the United States to recognize 'genocide'. Therefore, there will be no new process that will directly affect Turkey from a legal point of view. 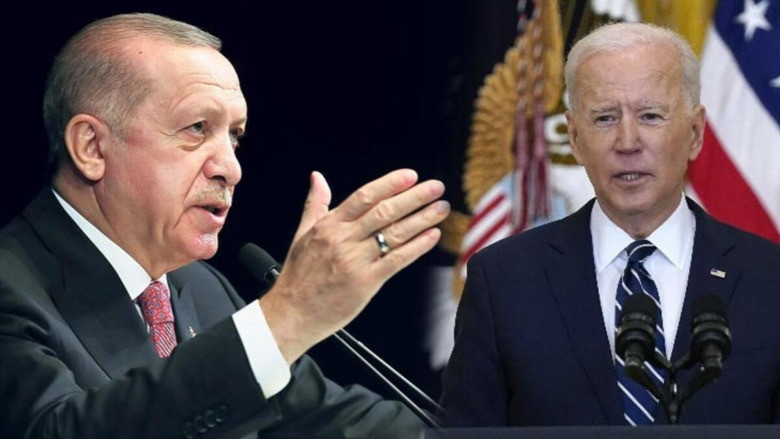 THE TIP OF THE ICEBERG

Biden has kept his distance from Erdogan since taking office. As a matter of fact, despite contacting other world leaders, he kept his Turkish counterpart waiting for months. This is an indication of discontent in the relationship between the two sides.

Biden spoke by phone with Erdogan the day before the 'genocide' announcement. This was Biden's first direct contact with Erdogan since taking the presidency. Biden reportedly informed Erdogan that he would use the term 'genocide' during the meeting. This message was not a move that opened the door to further communication, but rather closed it tightly. But the Biden administration must have calculated how this behavior would be perceived. 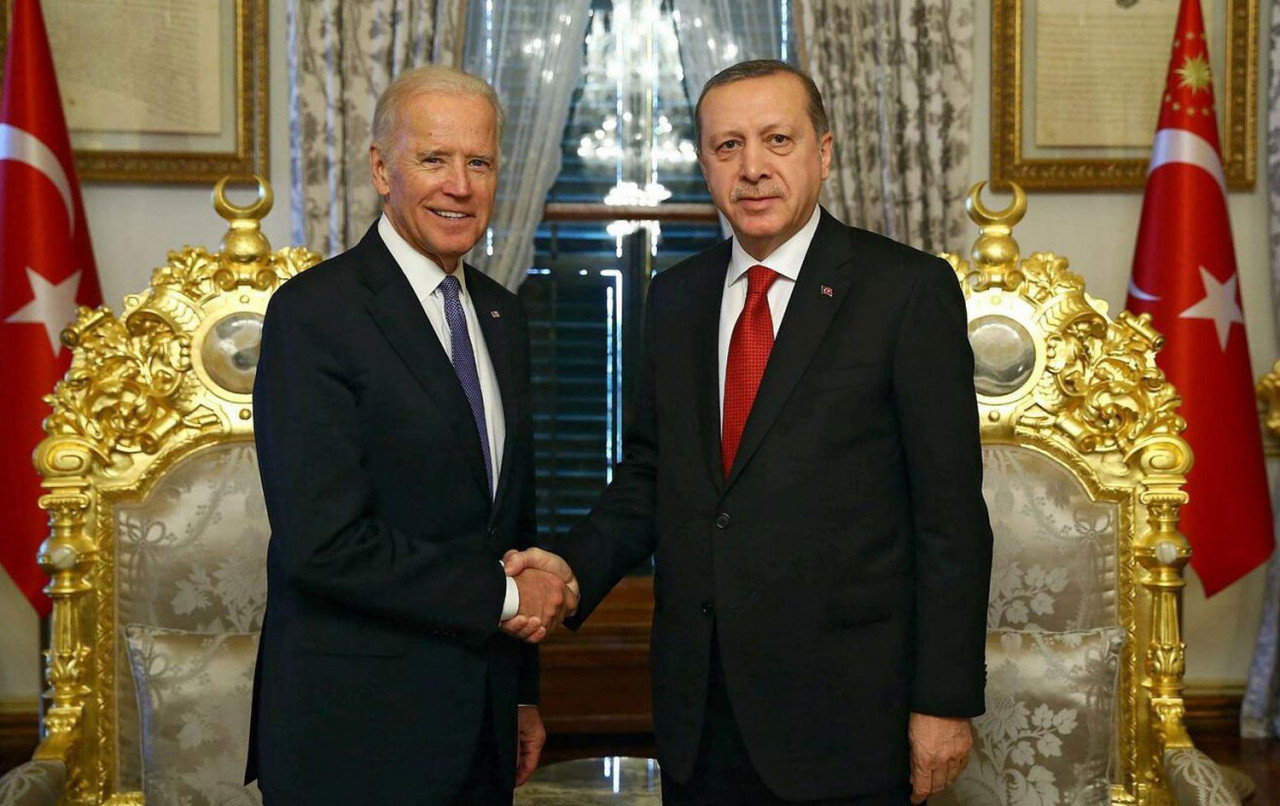 It is known that there is a widespread perception in the Western public vote that the 'Armenian genocide' is real. However, it is not possible for this event, which is only a constant agenda item in the Armenian diaspora, to be a priority of US foreign policy. Some analysts claim it is linked to Kamala Harris' domestic policy accounts, but the message read on April 24th is clearly a move by the US corporate structure towards Turkey.

Biden's move represents only the tip of the iceberg amid tensions between Washington and Ankara. The move is a new indication that Biden is preparing to test his weakening ties with NATO partner Turkey, a longtime regional ally.

If it was a discussion that revolved around 'genocide', it could be handled much more easily as before, and the usual form of relationship could be maintained. However, the current process shows that Washington's relations between the two countries have been deliberately plunged into crisis. 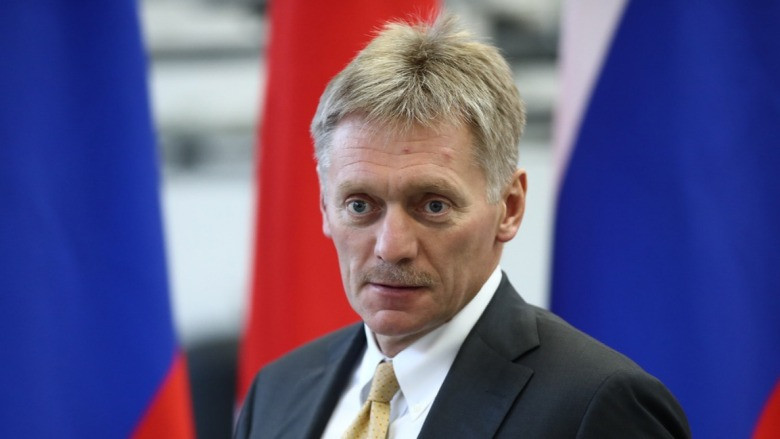 Despite us-Turkey defence cooperation, which has played a crucial role in preventing the recognition of the 'Armenian Genocide' for decades, the ties between the two countries have become increasingly tense due to Ankara's Syria policy, the purchase of the S-400 air defense system from Russia and the use of advocacy groups in various conflicts. At the same time, the division between Washington and Ankara in northeastern Syria has become more pronounced. As a matter of fact, Washington usually supports the Syrian Democratic Forces (SDF), whose main backbone is the YPG, to defeat DAESH, while Turkey accuses the group of terrorism.

While the hegemony was the expectation of the United States, Turkey's compliance with its own policies, Ankara wanted allied countries to understand their own survival concerns and to adopt their own priorities. When this did not happen, Ankara began some extraordinary manoeuvres to convince the United States of its position. In this policy choice, the directions of the security elite distant from the Western alliance were effective.

In the Trump era, these disagreements were somehow dismissed, but a group that Biden was a part of was known to have been teething Turkey for these events. Until now, it has been curious to see if there will be an intermediate route after the wing that wanted to teach Turkey a lesson came to power in November. The fact that erdogan's phone call from Biden came not to talk about issues, but rather to burn bridges with the April 24th move makes the situation clear. 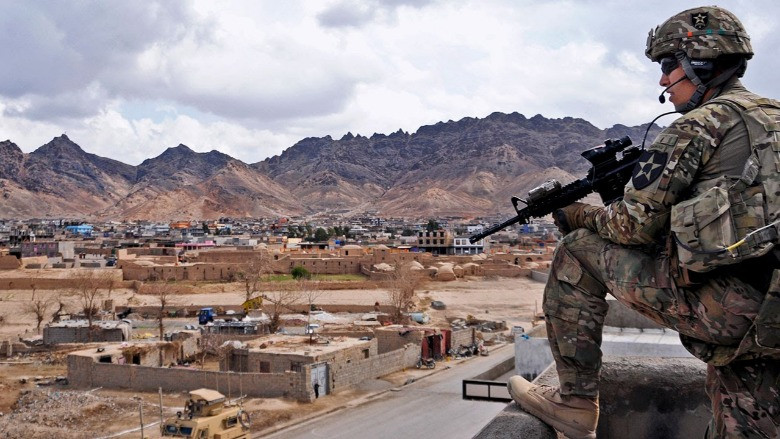 Although Biden and Erdogan have agreed to effectively manage their differences and will meet at a NATO Summit scheduled for next June, it seems likely that US interest in Turkey will decrease as its geostrategic importance to the United States decreases compared to 20 years or more after the United States announced its complete withdrawal from Afghanistan.

Western allies do not want to engage with Erdogan, but they also do not want to have a warmer or closer relationship. Although the Cold War has so far made sense for the United States to enter into a strategic partnership with Turkey because it is part of NATO, Turkey is not a natural ally of the United States. This is because Turkey has historically posed a threat to the West due to its geographical location and a long history of attempts to spread in Southeast and Central Europe.

On the other hand, despite moscow and Ankara's interests in Syria, Libya and the South Caucasus clashing, Russia and Turkey have managed to maintain a utilitarian and manipulative relationship that does not jeopardize their reputation. It's a lesson the two countries learned from Washington's failure to maintain its dignity as it left the region.

In addition, the relationship between Putin and Erdogan raises some concerns in the West because their relationship could weaken the NATO alliance, which Putin and possibly Erdogan see as enemies in the long run.

On foreign policy, Biden's performance in the first 100 days was frayed with contradictions. During the election campaign, he pledged to support the Western camp and its U.S. allies; In reality, he unilaterally decided to withdraw from Afghanistan, then passed it on to his Western allies. 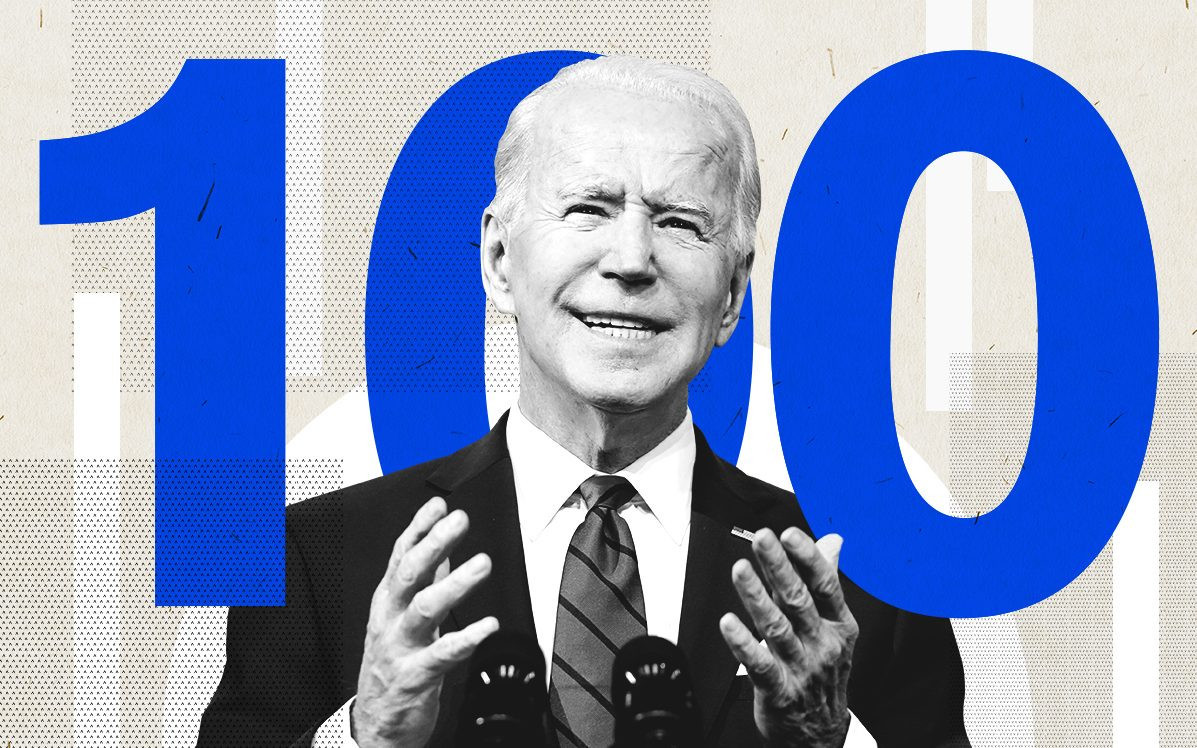 There are those who believe that this swift withdrawal from Afghanistan will threaten international security. As a matter of fact, this idea was soon finalized, because the Taliban began to act as if they were on their way to taking control of Kabul.

He did not attend the planned negotiating sessions in Ankara and demanded the immediate withdrawal of foreign forces from Afghanistan.

Biden, meanwhile, is focused on returning to the nuclear deal with Iran. In the 5 + 1 negotiations, he engaged in maneuvers against his partners, China and Russia.

He accused Putin of being a murderer and China of human rights abuses in Hong Kong. On the one hand, it lifted sanctions and made concessions to Tehran, while on the other hand it removed the Houthis from the list of terrorist organizations, despite launching attacks against civilians in the region.

This inconsistency has created a major imbalance in Washington's relations not only with its NATO allies, but also with countries in the Middle East region that have historically been close to the United States and have many reasons to worry about Iran's behavior. Biden's first 100 days weren't so bright.