Turkey, which is among the countries that will be most affected by climate change due to its geographical location, experiences sudden rains, floods, increasing heat waves and drought from time to time.

Efforts to reduce emissions and adapt to climate change continue within the framework of Turkey's position as a developing country.

In this context, Turkey, as a developing country that attaches importance to the fight against climate change and all the challenges arising from it, continues to contribute effectively to efforts to combat climate change, both bilaterally and globally.

In line with Turkey's goal of combating climate change, "Turkey's Report on Combating Climate Change" will be prepared in the fourth quarter of this year.

R&D projects will be carried out to determine the effects of climate change on biodiversity and ecosystems through desertification and land degradation.

It will be ensured that the possible loss of coastal and fresh water as a result of climate change will be determined, and nature-based adaptation measures will be put forward for the coasts, lakes and wetlands. Turkey's climate policies are implemented in line with the strategies within the scope of the "Climate Change Action Plan 2011-2023".

It is aimed to limit the greenhouse gas emissions caused by the use of coal in electricity generation by applying clean coal technologies and efficiency-enhancing measures.

In 2023, it is aimed to create thermal insulation and energy efficient systems that meet the standards in at least 1 million residences and commercial and public buildings with a total usage area of over 10 thousand square meters.

Increasing use of renewable energy in buildings. Greenhouse gas emissions from settlements are also limited.

By 2023, it is aimed to reduce the intensity of CO2 equivalent per GDP produced in the industrial sector.

By the end of 2023, it is planned to establish integrated solid waste disposal facilities throughout the country and to dispose of 100 percent of municipal waste in these facilities.

The rate of increase in emissions caused by individual vehicle use is limited. The use of alternative fuel and clean vehicle technologies in the transportation sector is being expanded.

By 2023, it has been determined that the share of highways in freight transport will be reduced to below 60 percent and its share in passenger transport to 72 percent.

Determining and increasing the amount of carbon stock held in the soil is among the policies implemented. The rate of increase in greenhouse gas emissions originating from plant and animal production is reduced.

In addition, Land Degradation Compensation (LDN) approach for sustainable agriculture will be included in national investment programs, decision support mechanism will be developed and LDN targets will be updated.

Trainings on sustainable agricultural techniques will be provided, R&D projects will be carried out and practices will be disseminated in this regard. Studies based on the nature-based approach in land applications will be increased. As of January 1, 2019, when the legal regulation regarding the start of charging for shopping bags came into force, the use of plastic bags decreased by 80 percent and thus, 290 thousand tons of plastic waste was prevented. In addition, 2 billion liras were saved and 12 thousand tons of greenhouse gas emissions were prevented.

Within the scope of the "Zero Waste Blue" project initiated on marine litter, 65 thousand tons of waste was collected in 2019 and 20 thousand tons in 2020.

Global climate change, which is discussed all over the world, is also among the most important agenda items in the currently ongoing United Nations General Assembly.

President Recep Tayyip Erdoğan addressed the participants at the 76th General Assembly of the United Nations (UN). Pointing to the other steps taken in Turkey regarding climate change, President Erdoğan stated that the action plan necessary for harmonization with the European Union Green Deal was prepared and put into use in the past months. 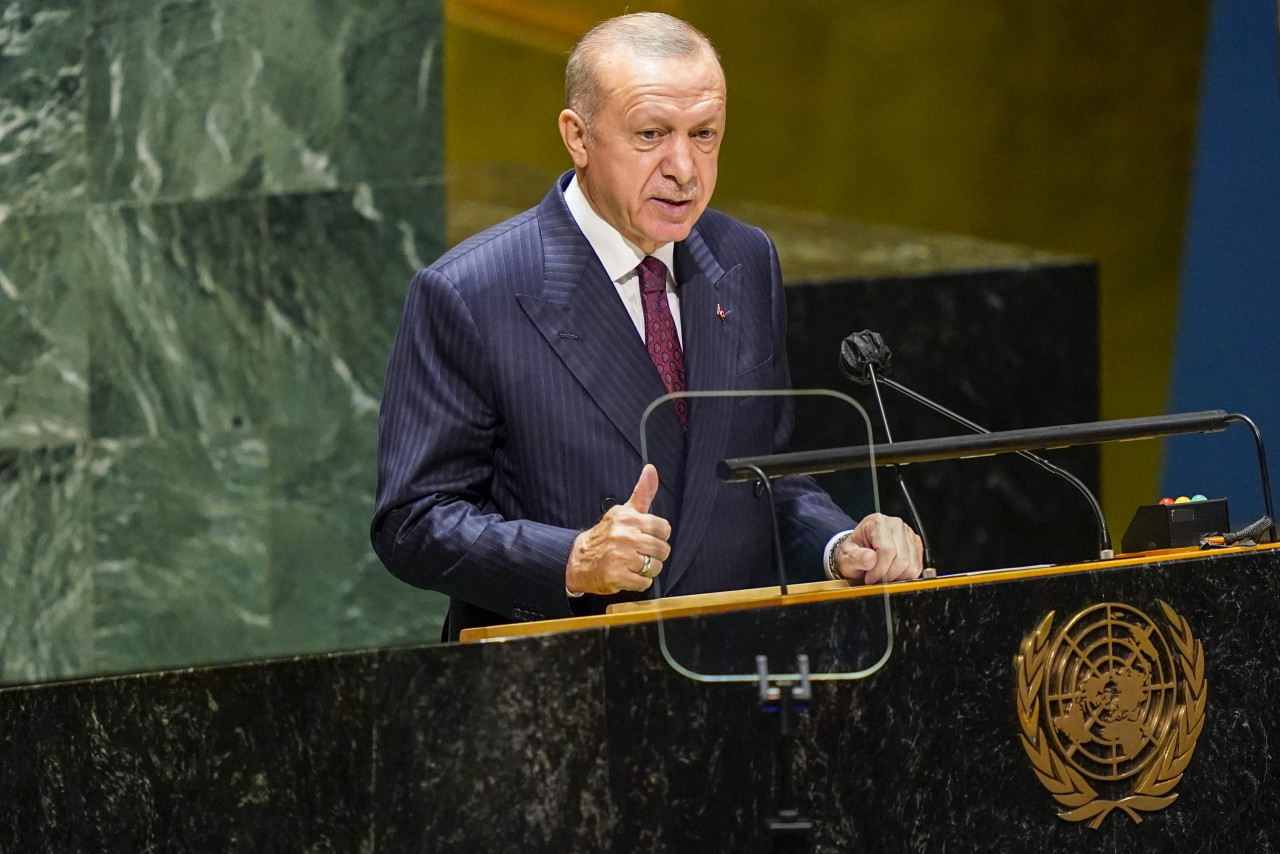 Stating that Turkey will do its part in the issues of climate change and environmental protection, Erdogan said, "We plan to submit the Paris Climate Agreement to our Parliament for approval next month, in line with constructive steps and within the framework of our national contribution statement." To date, 197 countries have signed the Paris Agreement, which was opened for signature at the 21st Meeting of the Parties of the UN Framework Convention on Climate Change (UNFCCC) held in Paris in 2015.

The Paris Agreement contains targets to stop the climate crisis and limit the global temperature rise to 1.5 degrees Celsius.

Erdogan said: "We are one of the first countries to sign the Paris Climate Agreement. However, we have not yet put this agreement into effect due to the injustices related to obligations. I would like to announce the decision we have taken after the progress achieved in this framework, from the United Nations General Assembly to the whole world. In line with constructive steps and within the framework of our national contribution statement, we plan to submit it to the Assembly for approval next month. We are considering completing the approval phase of the 'carbon neutral' agreement before the United Nations Climate Change Conference to be held in Glasgow. This will lead to a radical change in our investment, production and employment policies. We accept the process as one of the key elements of our 2053 vision.”

Environment and Urbanization Minister Murat Kurum made statements on his social media account regarding the Paris Climate Agreement, which is planned to be submitted to the Parliament for approval. Emphasizing that Turkey is at the forefront in all matters concerning the future of the world and the well-being of humanity, Kurum said, "I hope that this historic step to be taken in the fight against climate change will bring blessings to our country, our nation and our world."