Ankara and Washington disagree on a number of issues that further strain bilateral relations; From Turkey's purchase of Russian S-400 air defense systems, to US support for the terrorist organization YPG, to the US's refusal to extradite FETO leader Fethullah Gülen.

The purchase of Russian-made systems in 2019 prompted the Donald Trump administration to pull Turkey out of a consortium producing F-35 fighter jets. 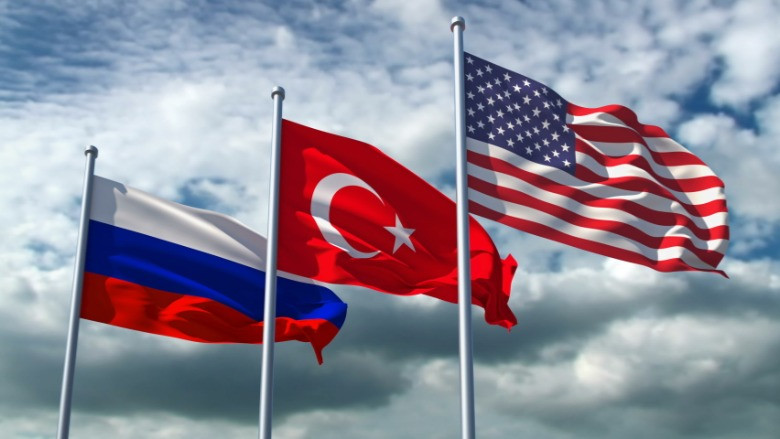 HOW DID THE F35 PROGRAM BEGIN?

The F-35 project emerged after several fighter jet programs since the 1980s. The Advanced Short Takeoff/Vertical Landing aircraft operation from 1983 to 1994 is known as one of the F-35's progenitor programs.

The program was renamed Joint Strike Fighter (JSF) in 1995. The United Kingdom joined the program as a founding member in 1995, of which the American company Lockheed Martin is the main contractor. Italy, Netherlands, Denmark, Norway, Canada, Australia and Turkey were also included in the program during the Concept Screening Phase.

Taking the first step in 1999, Turkey increased its participation in the program with System Development and Demonstration phases in 2002 and Production, Support and Continuous Improvement phases in 2007. 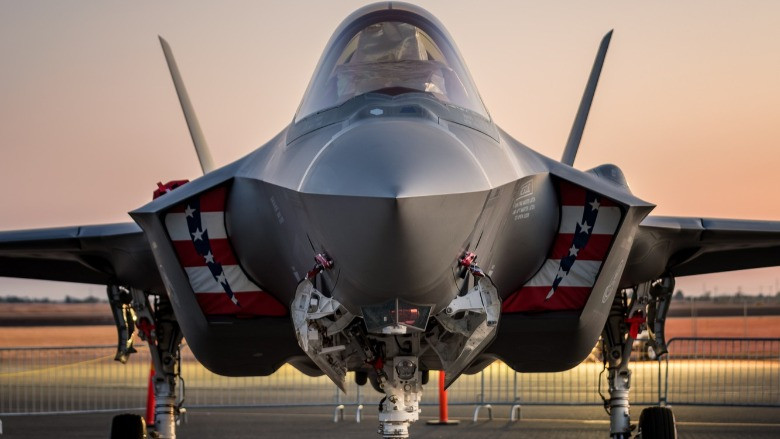 Turkey, which wants to establish its future in military aviation with F-35s, announced that it plans to procure a total of 100 F-35As with traditional take-off and landing capability. He also ordered 30 of them.

There are also versions of the F-35, the F-35B with short take-off and vertical landing capability, and the F-35C designed for aircraft carriers.

F35 SALES ONE BELT ONE ROAD PROJECT OF THE USA

The United States is using its fighter jet program to increase its own influence while keeping its allies dependent.

Buyers get huge economic rewards for participation, but in the long run they will find it even more expensive to remove themselves from the network. While many countries can build a port, albeit not as cheaply as China, building weapons is different. No other country has produced such a high-end fighter as the F-35 at all costs.

China has been criticized for forcing the Belt and Road related debt, for example, by taking over the lease of a Sri Lankan port for 99 years after Sri Lanka failed to repay a loan. And China's Defense Minister recently confirmed that the initiative has a military component. But the F-35 program goes much further. It has made a state's security dependent on the United States for decades, and Washington is using that leverage. In 2005, it suspended Israel's access to the program in retaliation for Israel's sale of drone parts to China. Israel quickly stopped these sales.

F-35 program membership should not be evaluated solely in terms of military capacity building plans. For Turkey, the F-35 was not just a fighter jet, it was a project that created thousands of jobs where the Turkish defense eco-system had a portfolio of hundreds of millions of dollars. Therefore, it is not appropriate to evaluate Turkey's loss only on the military pros and cons of the platform. Industrial losses of each participating Turkish firm should also be taken into account.

Turkish companies produce more than 900 parts of the F-35 fighter jet. These parts include the fuselage axis, rocket engine systems, cockpit vision systems and landing gear. Almost half of these parts are produced in Turkey.

THE PLACE OF TURKISH COMPANIES IN THE PROGRAM

With Turkey's participation in the program, Turkish companies were also involved in the production process of the F-35. These companies undertook design and production tasks in various parts and systems of the aircraft. 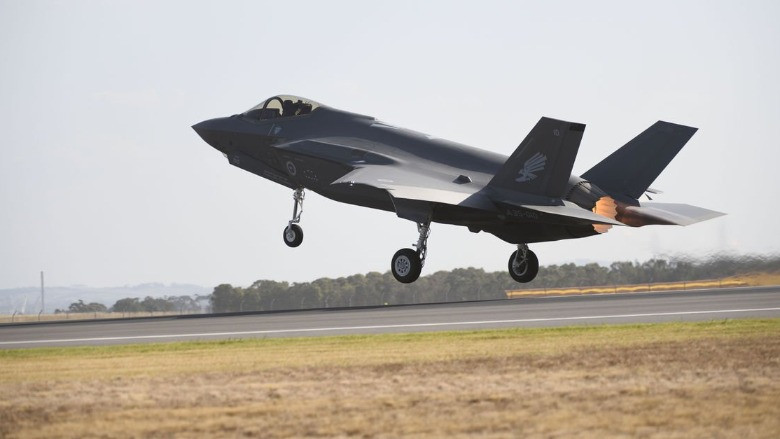 When we look at the Turkish companies involved in the project and their roles in production / we see the following picture:

TAI manufactures the mid-body of the F-35A aircraft as the sole source outside the USA. In addition, the mid-body composite and metallic parts, air intake, air-to-ground external load carrier and adapter are also prepared by TAI.

AYESAŞ also produces the panoramic cockpit screen of the F-35. In addition, it undertakes the production of missile control interface cards as a single source.

Alp Aviation produces parts of the main and nose landing gear, some structural parts of the aircraft and various components for the engine of the F-35, the F135.

ASELSAN, on the other hand, has studies on avionics systems and optical components used in aircraft targeting systems. 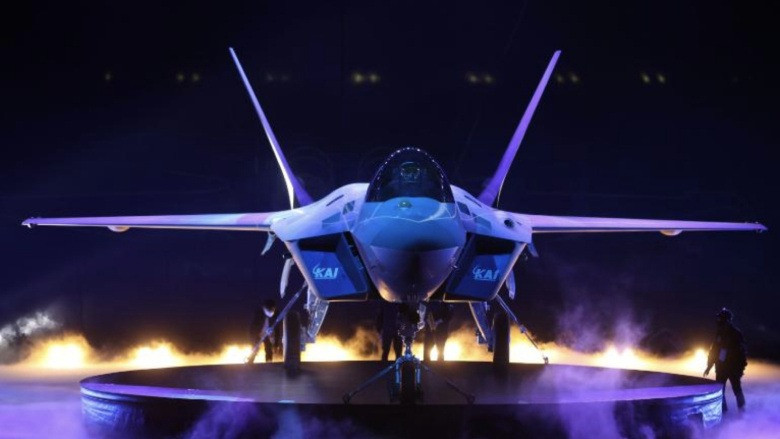 In addition to these, while Gür Metal delivers the chassis of the missile control interface unit of the F-35, Fokker Elmo Turkey also contributes in the field of Electrical Cabling and Connection System.

It is also known that although Turkey was excluded from the program, the production of some parts continued in these companies. Jessica Maxwell, a spokesperson for the US Department of Defense, said in July 2020 that the production of 139 pieces will continue until the end of 2022.

EXCLUSION OF TURKEY FROM F-35 PROGRAM

A ceremony for Turkey's first two F-35 aircraft was held in the USA on June 21, 2018, with the participation of Turkish officials. As of this date, the number of aircraft in Turkey has reached 6. In fact, the training of Turkish pilots had begun in the United States.

However, the White House announced on July 17, 2019 that Turkey would be removed from the F-35 Program due to its receipt of Russian-origin S-400 air defense systems. 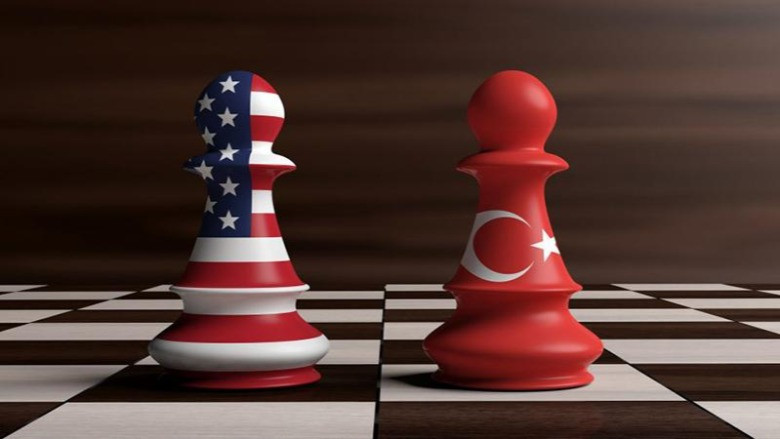 The response to this statement came from the Turkish Foreign Ministry. The statement made by the ministry said, "It is not fair to exclude Turkey, which is one of the main partners of the F35 program, and it is also invalid to claim that the S-400 system will weaken the F-35s."

Although more than 2 years have passed since this decision, no positive development has been recorded.

Moreover, the US's implementation of CAATSA sanctions on Turkey on 14 December 2020 brought the tension in bilateral relations to the top.

In addition to all these developments, the discussions about the technical problems experienced by the F-35s continue.

First, it was announced on January 1 that full capacity mass production of F-35 aircraft was delayed indefinitely due to Covid-19 and technical problems.

On January 14, the US Department of Defense Test and Evaluation Office announced that 871 defects were detected in the F-35s. 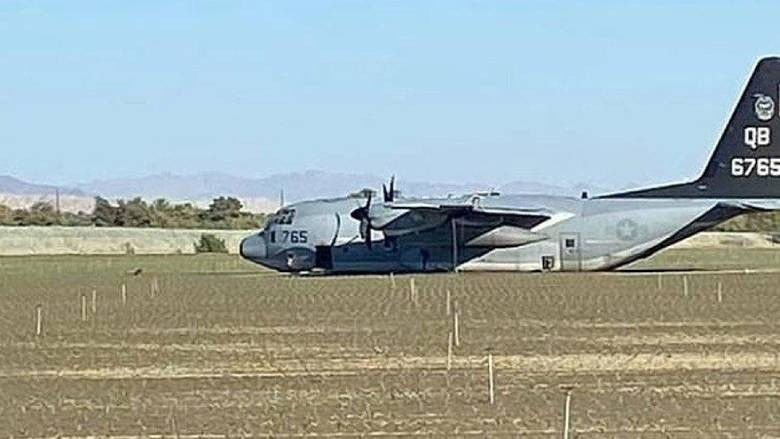 Ten of these flaws are significant enough to endanger the safety of pilots and reduce the efficiency of military operations.

On March 12, the 25 millimeter bullet fired from the F-35B, which took off for night duty, exploded right after it left the muzzle. "Class A" damage occurred on the fuselage of the aircraft, amounting to 2 million 500 thousand dollars.

"LET'S GIVE THE F-35S MANUFACTURED FOR TURKEY TO GREECE"

In the USA, Senators Bob Menendez and Marco Rubio presented a bill to the Senate for defense industry cooperation with Greece.

The bill in question encourages increased US support for Greek military modernization and joint military work with Cyprus, Greece, and Israel.

Emphasizing that Greece is a 'reliable' NATO ally, the bill said, "In order to ensure the security of the Eastern Mediterranean, the United States should strengthen its defense relationship by supporting Greece's efforts to modernize its armed forces." statements are included.

According to the news in the Greek media Greek City Times, in the proposal draft signed by Menendez and Rubio, there is also a proposal to give F-35s produced for Turkey but canceled to Greece.